Here is a list of the 13 victims shot dead on Bloody Sunday. A 14th later died in hospital.

The married father-of-six was shot from behind as he attempted to crawl to safety from the forecourt of Rossville Flats.

The IRA youth member was shot in the abdomen while running between Glenfada Park and Abbey Park.

While Lord Saville said it was probable that he was in possession of nail bombs when he was shot, he stressed that he was not preparing to throw a nail bomb at the time and was shot "while trying to escape from the soldiers".

The first to be killed on Bloody Sunday, he was running away when he was shot in the chest in the car park of Rossville Flats. 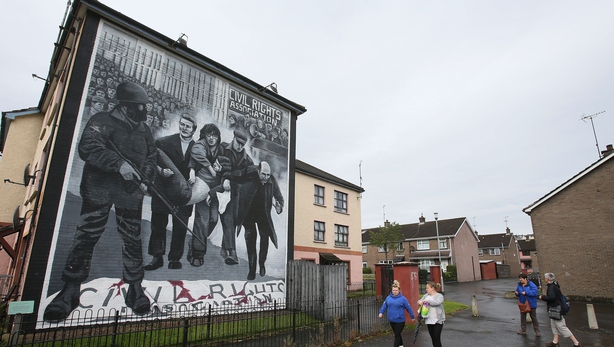 The talented footballer and ardent Liverpool fan was hit with a single shot as he ran away from the rubble barricade in Rossville Street.

The trainee sewing machine mechanic was shot once in the abdomen close to the rubble barricade in Rossville Street by a soldier crouched some 80 yards away at Kells Walk.

The barman died instantly after being shot in the face at the barricade in Rossville Street.

The grocery store worker was shot from behind as he crawled towards Rossville Flats.

The father-of-six was going to the aid of Patrick Doherty, waving a white handkerchief in his hand, when he was shot in the head with a single round. He died instantly.

The father-of-eight was running close behind Gerald Donaghey in Abbey Park when the bullet that killed both of them hit him first.

The keen amateur film-maker recorded scenes from the march with his hand-held cinecamera before the shooting started. The camera was found in his jacket pocket as he lay dying after being shot in the back in Glenfada Park. 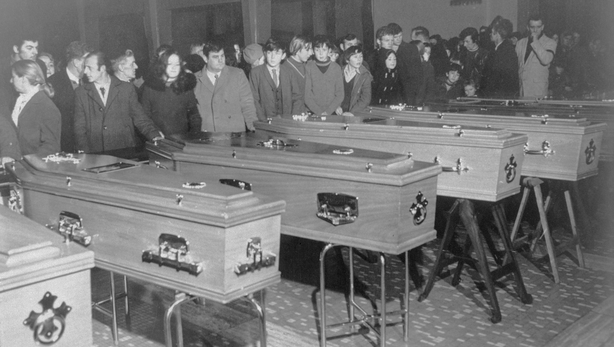 The dockworker was struck by a single bullet to the chest close to the rubble barricade in Rossville Street.

Engaged to be married, the civil rights activist was shot twice in the back in Glenfada Park.

The menswear shop clerk was killed instantly with a single shot to the head at the rubble barricade.

Fifteen other people were injured on the day.

They include 59-year-old John Johnston, who was shot twice by soldiers positioned inside a derelict building in William Street.

He died four months later in hospital, but while many consider him the 14th victim of Bloody Sunday, his death was formally attributed to an inoperable brain tumour.

The soldiers who fired were targeting 15-year-old Damien Donaghy, who was struck in the thigh.

Shortly after Damien Donaghy was shot at, two members of the Official IRA fired at the building, but Lord Saville made clear that the first shots were from the soldiers' rifles.