Dublin Zoo has said the visit of Pope Francis to Dublin this summer contributed to a drop of almost 100,000 in visitor numbers this year.

Director Leo Oosterweghel claimed the pontiff "pulled the rug" from beneath them in a year when they also had to contend with the Beast from the East and one of the hottest summers on record in Ireland.

The popular attraction was forced to shut its doors for three days in August during the visit of Pope Francis.

The Papal tour included a mass in the Phoenix Park, the home of the zoo.

Mr Oosterweghel said: "We took a hit. We're down. We're still above the million but we're probably down 100,000 visitors."

Last year more than 1.1 million people visited the zoo. That figure is expected to be in the region of 1.01m people at the end of 2018.

"First there was the extraordinary winter, it was hard to recover," Mr Oosterweghel said. 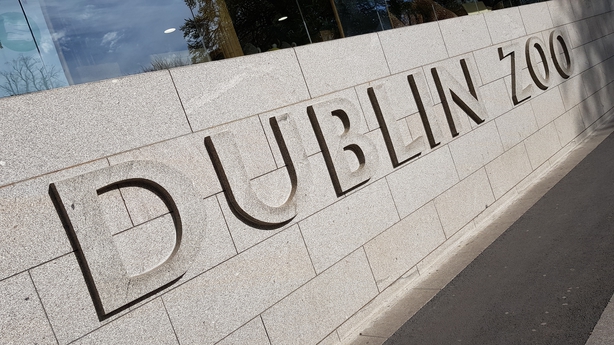 "Then we had this incredibly hot summer."

He added: "Then his Holiness arrived the last week of August - we were closed for that whole period."

Mr Oosterweghel said all the confusion over access to Phoenix Park that week depressed visitor numbers.

"People weren't sure," he said.

"We lost the last week of August which is our biggest week.

"(We had) the bad winter, the hot summer and his Holiness who pulled the rug a little bit."

However there was a silver lining as Mr Oosterweghel got to experience having a Pope in his back garden.

The director, who has been at the helm for 18 years, lives on site.

"It was amazing to have an empty Phoenix Park, all I had to do was open my window and I could hear him," he said.

"We're still over a million - it just shows you how robust the business is."

He expects numbers to "bounce back" next year and the zoo has an ambitious master plan it is due to roll out in the coming years.