More than 450 people have attended the annual Christmas Day dinner at the RDS in Dublin.

The event offers some much needed festive cheer to homeless people and homeless families, as well as others on low incomes and those who are alone this Christmas.

Now in its 94th year, the event has been a feature of Christmas in Dublin since 1924.

Organised by the Knights of St Columbanus - and backed up by over 300 volunteers – it is designed to make it a special day for all the guests. 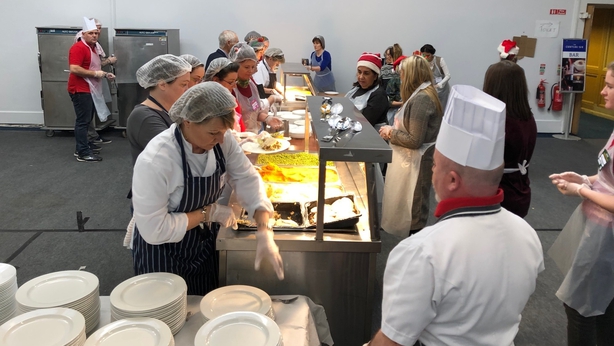 Toys have also been given to a number of homeless children at the dinner.

More than 3,000 other meals are being delivered throughout the Dublin region today. 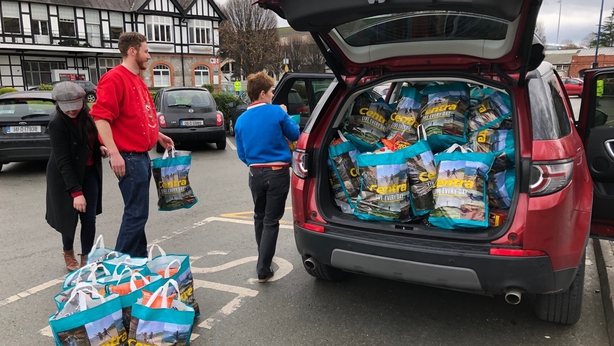 As well as the food and entertainment, bags containing provisions such as food, toiletries, soft drinks and household goods are also being handed out.

Meanwhile - Dublin's Inner City Helping Homeless group has reported that 75 people were sleeping rough on the streets of the capital on Christmas Eve, down slightly from a figure of 100 the previous night.

The Christmas Swim in Spanish Point here in West Clare is a traditional Christmas Day event.  Massive crowd today -I salute every one of them for their involvement & courage. This is as close as I’m going to the Atlantic today  😂 😆! You really have to zoom in on my photo !! pic.twitter.com/QAdGmO5FSx

People also attended a number of charity swims and runs at venues around the country this morning.

Members of the Irish Defence Forces stationed in Syria were among those who took part in the GOAL mile event.

Two in court charged with murder of Wayne Whelan