A 21-year-old Italian man has been found not guilty of causing grievous bodily harm to an Irishman outside Anfield in Liverpool earlier this year.

Filippo Lombardi from Rome had pleaded not guilty to the attack on 53-year-old Sean Cox outside a Liverpool versus Roma Champions' League semi-final match on 24 April.

The prosecution case was that another man, referred to in court as N40, threw the punch that hit Mr Cox but Mr Lombardi swung a belt at him as he fell.

The prosecution said it was a joint attack in which both men acted together and were equally responsible for the injuries inflicted.

Mr Cox was catastrophically injured and the trial heard that he cannot speak and cannot sit up unaided.

He spent five weeks at a specialist neurological centre in Liverpool and is receiving ongoing treatment in Ireland.

Lombardi has pleaded guilty to a separate charge of violent disorder and has been sentenced to three years in prison for that charge.

The judge said that he was entitled to limited mitigation for his late guilty plea, his previous good character and relative youth.

He told the trial his behaviour on the day fell far short of what it should have been, but he said he did not assault Mr Cox.

Another man, 29 year old Daniele Sciusco, was jailed in August for two-and-a-half years for violent disorder.

The judge told defence lawyers he did not accept that Lombardi was not at Anfield on 24 April to cause trouble.

He said he came out with his belt in his hand and it flew in the face of common sense to say he was not there to cause trouble or was in the "wrong place at the wrong time".

The judge said he had listened to Lombardi's evidence and had watched the CCTV footage and did not accept that he did not have a key role in the violent disorder.

Judge Brown said that prior to kick-off, it was a normal match day scene at Anfield.

But, he said, just after 7pm the situation changed dramatically when a group of around 30 to 40 Roma fans arrived on the street.

Many were dressed in similar dark clothing, with hoods up, and some had masks covering their faces. Some were armed with weapons such as belts.

The judge told Lombardi the footage showed he was near the front and had a belt in his hand.

He said there was no doubt in his mind that Lombardi's purpose was to cause a violent clash with the Liverpool fans.

He said Lombardi had an active role and his assertion that he had lost his way and was looking for signs to the away supporters' section when he was suddenly confronted by Liverpool fans was nonsense.

The judge said the Roma supporters were acting in unison and the situation escalated quickly into violent disorder.

He said, tragically, Mr Cox suffered catastrophic injuries. He was punched by another man, struck the ground and suffered severe traumatic brain injuries. 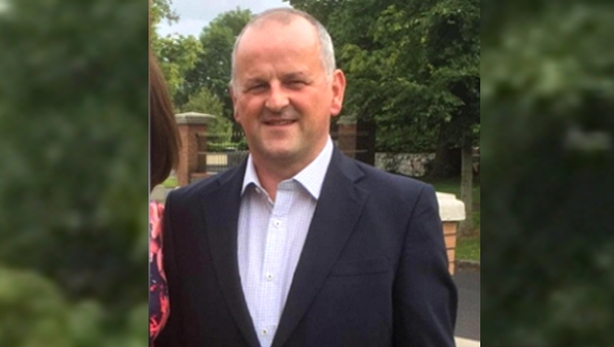 Judge Brown said Lombardi had been acquitted of responsibility for that attack and was not being sentenced for it.

But, he said, Mr Cox was injured during the violent disorder and it did not end with the attack.

As his brother was trying to help him, he was kicked and knocked over by another supporter.

The judge said Lombardi was in the thick of it and footage showed him at the head of the group with his arm raised towards others behind him.

Judge Brown told him his actions and those of other Roma supporters had scarred the good name of football and brought disgrace on Roma fans and Italian football in general.

He said football was an important part of modern culture and often a family occasion with children.

The authorities had done a great deal of work to try to eradicate this kind of unnecessary mindless violence and yet this crucial match was marred by it and would be remembered not because of the football skill on the field but because of the awful tragedy Mr Cox endured and the violent disorder outside.

He said Mr Cox's life and those of his wife and family were devastated and changed forever. He said it was extremely fortunate that others were not also seriously injured.

The court heard Lombardi had no previous convictions and had never been involved in any kind of football violence before.

He was scouted by AS Roma as a young teenager and played in the club's academy as a goalkeeper between 12 to 16 years of age. He was then loaned out to another team and never went back to Roma.

His defence lawyers said his behaviour on 24 April was completely out of character and he had had a huge increase in maturity since his arrest.

His mother said in a letter that every time they visited him in prison in England, he said he was sorry for what happened, wished he had not left home that day, and never meant to harm anyone.

The court heard the man police suspect of actually hitting Mr Cox is in custody in Italy and extradition proceedings are under way.

Judge Brown praised the dignity and restraint shown by Mr Cox's family who were in court, but did not comment afterwards.

Eleven plead not guilty to multiple counts of abuse