A Lidl store that was closed because of vandalism during the snow storm in March has reopened.

The Fortunestown store in Dublin has been under repair for four months after it was partially damaged with an excavator during Storm Emma. 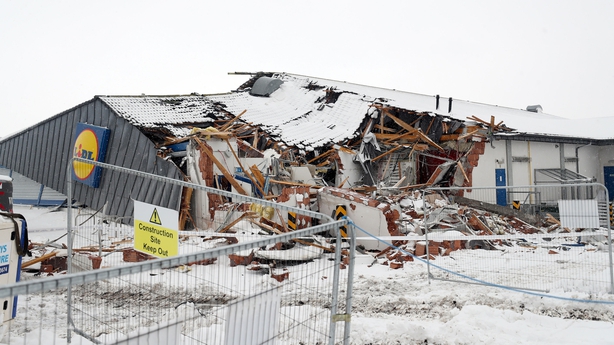 The store has increased in size by 70%.

Lidl said that all the staff, who were redeployed to nearby stores during its closure, have now returned, along with nine new recruits.

Store Manager Ruth Shanley said: "On behalf of the entire store team, I’d like to extend our thanks to our loyal customer base in Fortunestown for their level of support over the past few months.

"We recognise that our service and store team have been greatly missed by the local community and we are delighted to welcome everyone back today."

Six months after a mechanical digger destroyed Lidl in Fortunestown during the snow of Storm Emma the store has reopened. Coming up @morningireland pic.twitter.com/Du4Ynkprzw