More Irish people have returned to live here than those who emigrated for the first time since the height of the crash in 2009.

New figures from the Central Statistics Office confirm there was net inward migration of Irish nationals in the year to April 2018.

The country's population also grew by 64,500 in the same period, the largest annual increase since 2008.

This means there was net inward migration of Irish nationals of 100 people.

CSO figures also show that the highest ever number of people are in employment.

Just under 2.3 million people were in work in the second quarter this year - the highest on record.

The seasonally adjusted unemployment rate was 5.8%, down from 5.9% in the first quarter of this year.

The figures are contained in the CSO's Population and Migration Estimates for April 2018, which was published earlier today. 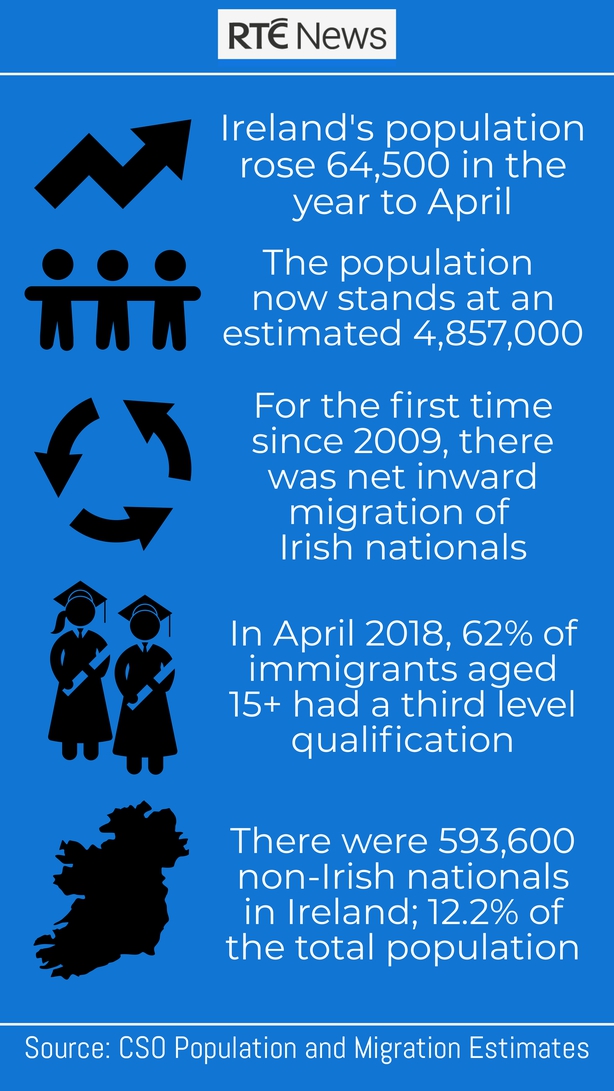