The final group of asylum seekers to be transferred from Greece to Ireland as part of the EU’s response to the refugee crisis takes place in the early hours of tomorrow.

Twenty nine people will fly out from Athens airport under the EU Relocation Programme.

Since January 2016 more than 810 individuals have been relocated from Greece to Ireland.

The majority of beneficiaries have been Syrian.

Relocation is the transfer of asylum seekers who are in clear need of international protection from one EU Member State to another.

Asylum applications are examined once the relocation has taken place.

In Athens today, 18-year-old Rivan Qador’s family were preparing for the journey to Ireland.

"I know Ireland is a country which loves refugees," he said. 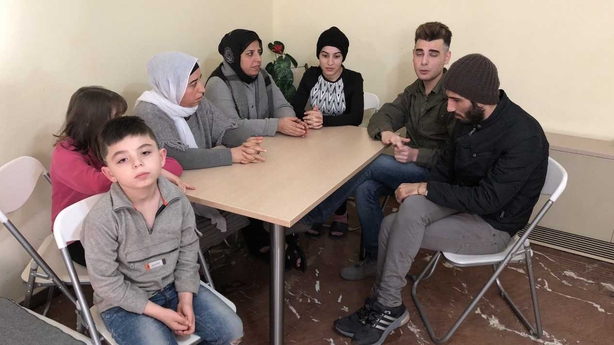 Rivan’s family are from Syria’s Afrin region, the Kurdish enclave which has again witnessed fierce fighting over the past few days.

Placing clothes into a suitcase, he said: "It has been war, war, war. But I can’t wait to start my new life in Ireland."

The UN Refugee Agency says a total of 31,472 people have been relocated from Greece and Italy to other EU Member States since the scheme was announced in September 2015.

This falls short of the initial target of 100,000 people being relocated by September 2017.