One of Co Donegal's best known houses has been destroyed in an overnight fire.

Donaghmore House in Castlefin, which was on the market for €1.2m, was engulfed by flames before three fire service units from Letterkenny, Stranorlar, and Strabane brought it under control after battling the blaze for hours.

An investigation into the fire is under way.

The house is owned by the Tinney family and has been vacant for some time.

The substantial Victorian ten-bedroom house is on around 36 hectares (90 acres).

It is believed the house was associated with the Spence family from around 1750 until around 1800 and was used as a rectory in the 1860s.

The present more substantial house may have been built shortly after this time. 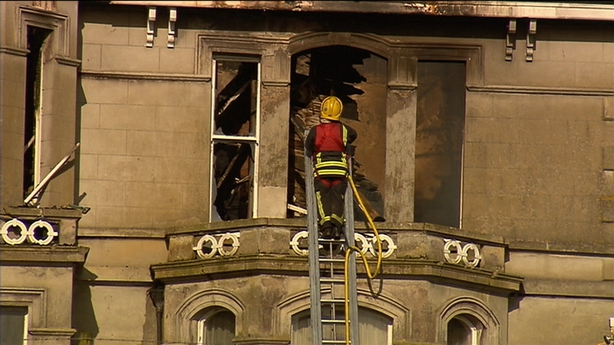