Taoiseach Leo Varadkar was in Vienna for a bilateral meeting with his Austrian counterpart.

With European Union summits this month and next making important decisions on Brexit and the EU budget, the Taoiseach is continuing his round of meetings with other prime ministers.

Mr Kurz's government, formed in December, has attracted some controversy, as it includes the far-right Freedom Party, which has become increasingly anti-immigrant in recent years. 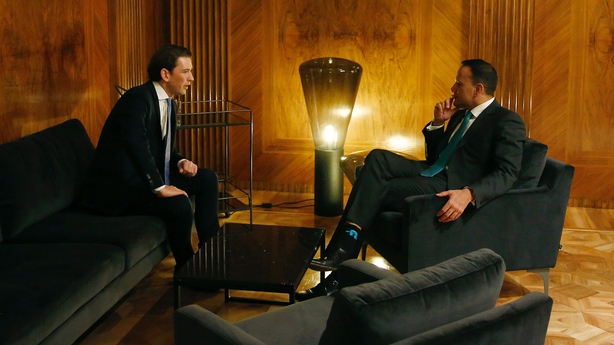 Tonight, he said Austria would support Ireland's position on preventing a hard border because it is an issue that is in the interest of all EU members.

Later, Mr Varadkar attended the opera ball, the biggest and most glamorous of Vienna's formal balls, which was also attended by President of Austria Alexander Van der Bellen and US actor Melanie Griffith.