The Disclosures Tribunal has heard the solicitor for the former garda commissioner noted that the row over the questioning of whistleblower Sergeant Maurice McCabe's motivation was "political dynamite" when it arose during the O'Higgins Commission in 2015.

The tribunal is examining whether Nóirín O'Sullivan inappropriately relied on unjustified grounds to discredit Sergeant McCabe at the O'Higgins Commission.

Annmarie Ryan of the Chief State Solicitor's Office was giving evidence for a second day.

She was asked about a phone conversation she had with the Garda Liaison Officer for the O'Higgins Commission, Chief Superintendent Fergus Healy, on the evening of 15 May 2015, which was the day the issue arose at the Inquiry.

Ms Ryan said she was phoning Mr Healy to ensure that it was the commissioner's decision for her legal counsel to pursue this line of questioning.

She told the tribunal she was concerned that it was a highly sensitive matter and she wanted a consultation with commissioner O'Sullivan on the issue.

Ms Ryan said she had not had anything in writing from the commissioner about it and she said she was conscious of that.

The tribunal was shown a copy of notes Ms Ryan made during the conversation with Mr Healy, which contained the phrase "political dynamite".

Ms Ryan said these were her words which she noted arising from the conversation.

Earlier, the tribunal heard how Chief Superintendent Healy had made a number of phone calls to Ms O'Sullivan during a recess at the O'Higgins Commission on the afternoon of 15 May 2015 to reconfirm her position on the legal strategy.

Ms Ryan said that Mr Healy had told her that he had spoken to the commissioner the night before and she had confirmed the instructions.

However, when the issue arose at the hearing that day, Mr Healy made a number of calls to Ms O'Sullivan seeking further confirmation of that position.

The tribunal was shown notes of those phone calls taken by Mr Healy.

The notes outlined that commissioner O'Sullivan initially proposed an adjournment until advice was sought.

Ms Ryan said she sought an adjournment from the commission but was firmly told this would not happen.

According to the notes, in another call commissioner O'Sullivan then instructed that if it came out in the course of questioning that it should be explored.

The notes said it was the commissioner's view that if counsel was advising exploring the area of motive and that it was necessary, then it would be remiss of her to instruct him not to proceed.

The tribunal was also shown a copy of an email sent by legal counsel for Ms O'Sullivan to Mr Healy on the same afternoon.

The email said counsel considered it necessary that specific issues be put to Sgt McCabe regarding his conduct and interactions with senior garda management following the completion of a formal garda investigation into a complaint against him, which resulted in a direction by the DPP.

The email stated that the purpose of such a line of inquiry was to open to the O'Higgins Commission the full factual background surrounding complaints made by Sgt McCabe.

Ms Ryan told the tribunal that she arranged for this email to be forwarded to Michael Dreelan in the Attorney General's Office and called him to discuss the matter.

She said it was usual for her to ring the Attorney General's office if she had a concern.

She said she took it upon herself to inform them, but was not seeking any direction or advice.

Ms Ryan had two direct consultations with Ms O'Sullivan in October and November before the Commissioner gave evidence at O'Higgins.

On 20 October 2015, she met the then commissioner in Bridewell Garda Station with Chief Supt Healy and their counsel. Her notes record that Sgt McCabe's motivation was discussed.

Ms Ryan said it was primarily SC Colm Smyth speaking at the meeting.

She also said they expected that Ms O'Sullivan would be questioned by Michael McDowell as to why they were challenging Sgt McCabe's motivation but Mr McDowell did not do so. Ms Ryan said they were surprised by that as they were prepared.

On 3 November 2015, another legal consultation was held with the commissioner. Her notes record that they were not questioning Sgt McCabe's "bona fides", just his motivation.

Asked if this was an attempt to reverse the commissioner's position given that integrity had been raised during hearings, Ms Ryan said it was an attempt to put everything in front of Mr Justice O'Higgins and allow him to decide.

Ms Ryan said commissioner O'Sullivan said the remark was not intended against the individual and was instead about the actions.

Counsel for the Tribunal also asked Ms Ryan if during the consultation Ms O'Sullivan said that she had passed Mr Callinan a note during the Public Accounts Committee meeting asking him to withdraw the "disgusting" remark.

The solicitor said she could not say.

Ms Ryan said the comment arose out of all that she had seen that day and her knowledge of the situation.

Ms Ryan said she knew the issues at the O'Higgins Commission were highly political before she ever came on board the legal team.

She said she had not anticipated what was going to happen when Sgt McCabe's motivation was raised by legal counsel for the Garda Commissioner on the second day of the O'Higgins Commission.

Mr McDowell questioned Ms Ryan about how the whistleblower's motivation was relevant to the issues being investigated by the O'Higgins Commission at that time.

She said she did not believe she had given much consideration to it at the time, and that it was a matter for counsel.

Ms Ryan was also asked about the drafting of a letter and submission made to the O'Higgins Commission by the Garda legal team on 18 May on what it described as the factual issues to be put to Sergeant Maurice McCabe.

She said there were a number of people involved in relation to composing the letter.

She outlined how she circulated a number of drafts of the submission, and submitted it to the Commission after it had been signed off by the various parties.

The Tribunal also heard about an error that ended up in the final submission.

The Tribunal heard that in a statement Superintendent Noel Cunningham said he had received a copy of the letter but had read it from his phone, and due to poor eyesight, had missed the error in the draft.

The tribunal was also shown a note made by CS Healy of the 3 November consultation between Ms O'Sullivan and her legal team.

The note mentioned whether the Garda Commissioner would consider withdrawing the claim of mala fides.

Mr Justice Charleton asked whether there was a deliberate attempt at the beginning of the hearings to rattle Sgt McCabe by challenging integrity and then later withdrawing it tactically as it wouldn't work when the Commissioner came in.

Ms Ryan said that was not the case but she said motivation was always in the background.

Former garda commissioner Nóirín O'Sullivan is due to appear before the Tribunal on Friday. 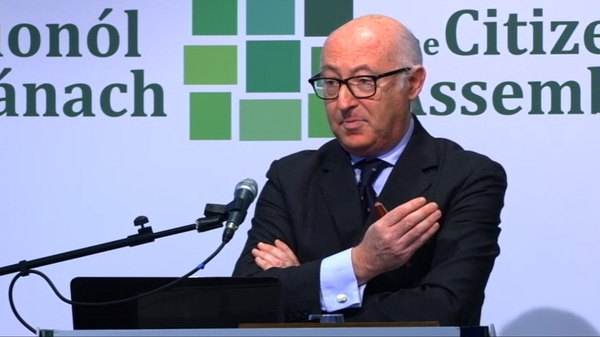 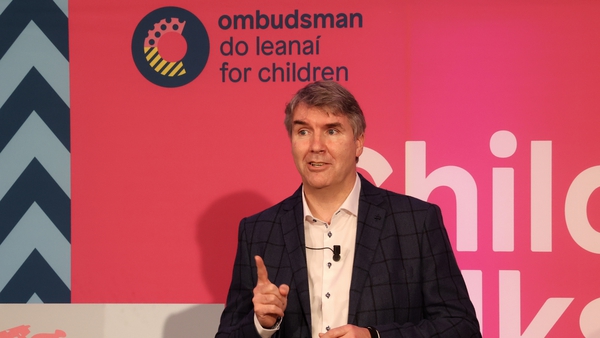