The first baby of 2018 was born in Limerick University Maternity Hospital.

There was also joy at the hospital for Margaret and Ed Earle from Newport in Co Tipperary as they welcomed their first daughter.

The first birth of the year in the capital was a baby boy at the Rotunda Hospital, who arrived at 1.35am.

The Coombe Hospital said it had five births this morning, with a baby boy being the first at 1.41am.

Baby Cian was born to Christine and Gareth O'Leary, from Firhouse in Co Dublin and weighed in at 2.9kg (6lbs 4oz). 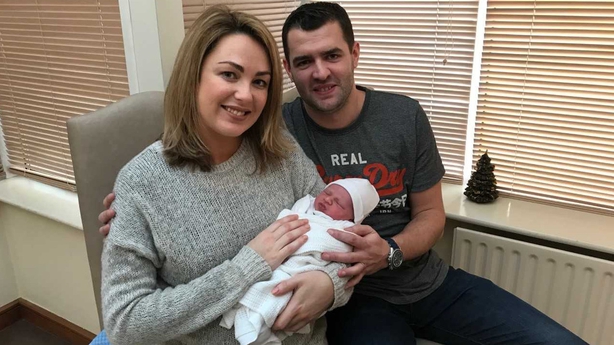 Figures for the first half of 2017 indicate the country was on course to record more than 60,000 births for the year.