Tánaiste Frances Fitzgerald has told the Dáil that she was told by her department last Thursday that they had located an email in relation to the legal strategy of the former garda commissioner, which was sent to her on 15 May 2015.

She also told the house that the Taoiseach had spoken to Sergeant Maurice McCabe by telephone this evening and "had a conversation with him about some of the issues in the email".

Tánaiste: 'neither I nor the Department of Justice had any hand, act or part in the legal strategy of the former commissioner' pic.twitter.com/crg1E0DsEl

She said the email - which was circulated to members of the Dáil this evening - highlighted a disagreement that had arisen between the legal teams at the O'Higgins Commission representing Sgt McCabe and former garda commissioner Nóirín O'Sullivan.

She said the email indicated that counsel for An Garda Síochána had raised an allegation of a serious criminal complaint against Sgt McCabe, which had previously been made.

Ms Fitzgerald said the email stated that Sgt McCabe had always denied this.

The email released this evening in the #dail @rtenews pic.twitter.com/VLjU2h6DBa

The email said that counsel for Sgt McCabe objected to this issue being raised and asked if the Garda Commissioner had authorised this approach.

Ms O'Sullivan's authoritisation was confirmed in the email, although this was understood to be subject to further legal advice.

Ms Fitzgerald said this matter was already on the public record from the opening of the Disclosures Tribunal.

She said the concluding point in the email advised that the minister had no function and she said she could have no role in questioning the evidence given by a third party.

Ms Fitzgerald also insisted that she had no hand, act or part in the legal strategy against Sgt McCabe.

She added that said she learned of the details that emerged in May 2016, which emerged from leaked transcripts. 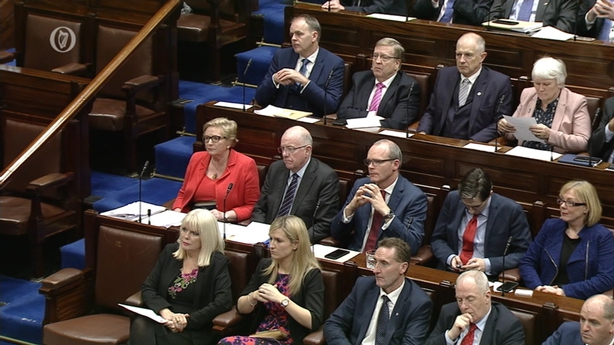 Fianna Fáil justice spokesperson Jim O'Callaghan asked: "Do you agree that  a conscientious and competent Minister for Justice would have read the email and been aware from reading it that a confrontational approach would have been adopted towards Sgt McCabe?"

The Tánaiste said an official in the Attorney General's office decided to contact an official in the Department of Justice and relay to them that an issue had arisen in the Tribunal, that the counsel for Sgt McCabe had objected to it.

She said the email made it clear she had no role in relation to the evidence that had been put forward.

Sinn Féin TD Donnchadh Ó Laoghaire asked the Tánaiste why it took journalists to uncover the email in question and he also accused Ms Fitzgerald of being happy for the Dáil record to remain uncorrected after the Taoiseach misinformed the Dáil last Thursday.

The minister said that was not accurate, that she was informed by the Department of Justice last Thursday that the e-mail had surfaced, and they said they were continuing to search the system for any other relevant material and she was waiting to see if any material emerged. 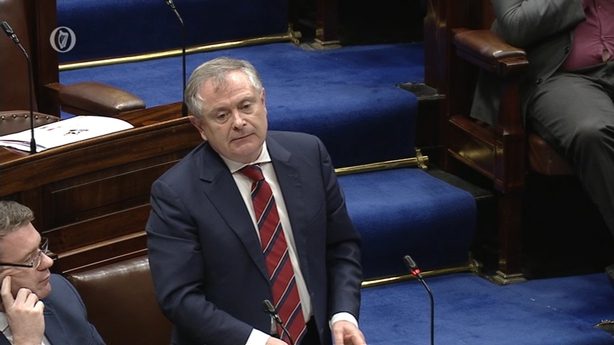 He also told Ms Fitzgerald that the email should have acted as a "red flag".

"You should have held the commissioner to account for the actions she was taking. Rather than hold anyone to account, you simply forgot about the email," Mr Howlin told her.

The Tánaiste said she did hold the former garda commissioner accountable in terms of whistle-blowing.

She added that the strategy was still under investigation by the Charleton Tribunal.

Mr Howlin asked why this issue was only made public yesterday and why was it only brought to the Taoiseach's attention at 11pm last night?

"No one else in the department had remembered that email of the team I discussed it with," the Tánaiste said.

Solidarity/PBP TD Paul Murphy asked was it the case that Ms Fitzgerald had not forgotten the email but had actually never read it.

"Did you read the email and then forget about it?" he asked. 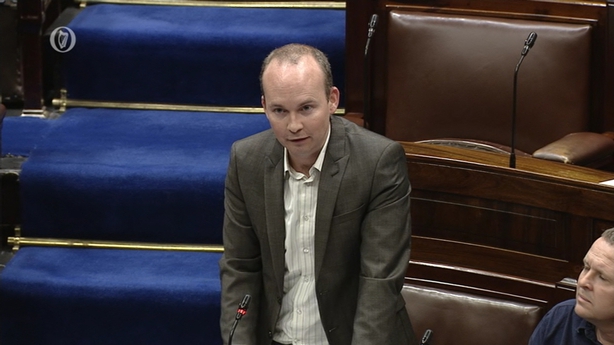 The Tánaiste replied: "When the department told me about this email last Thursday I did not remember that email. I would tend to read all the emails that come to me. I can only assume that I did read it but I did not remember it when I was speaking to the Taoiseach.

Mr Murphy asked how could the minister possibly receive such an email and then forget that she read it?

The Tánaiste replied that if you get an email and it explicitly suggests you have no function as it is a matter before an ongoing tribunal that makes it more understandable why she did not remember it.

Social Democrats TD Róisín Shortall told the Tánaiste that she was relying on the last paragraph in the email, which said she had no legal role in this.

"You're told in this email... that the new garda commissioner is denigrating whistleblowers… what action did you take on this?" Ms Shortall asked

The Tánaiste said she had already outlined the actions taken to ensure that whistleblowers were being dealt with properly.

Ms Fitzgerald also told Ms Shortall that the email was sent to her private secretary.