Ibrahim Halawa's sisters have been honoured at an award ceremony tonight for their campaign for their brother's release.

They were presented with the Irish Tatler Woman of the Year Special Recognition award by their brother who arrived back in Ireland this week after four years in prison in Egypt. 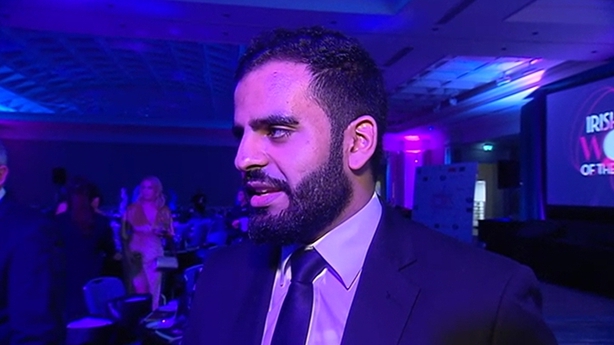 Speaking to RTÉ News, Ibrahim Halawa said his sisters did not give up on him or themselves.

He said words would not do them justice and they gave him hope in prison.

He said the Irish people were amazing and had stood by his side but it was his sisters who brought out his voice and were there from the very start. He said he was really, really proud of them.

Asked about his return to Ireland, he said he was afraid to wake up one day and it would all be a dream and he would be back in prison again.

He said he had been eating a lot of food and that it tasted really good.

He also said he had enjoyed scenic views of Ireland and he had gone to the beach since returning home.