Relatives of victims of the 1998 Omagh bombing are to sue Northern Ireland's police chief for investigative failings they believe let the killers escape justice.

Ahead of next week's 19th anniversary of the Real IRA attack that claimed the lives of 29 people, bereaved families have issued a writ against PSNI Chief Constable George Hamilton seeking damages and a declaration their human rights have been breached.

It is the latest legal move in their two-decade quest for justice and answers.

The families are pursuing judicial review proceedings against the British government's decision not to hold a public inquiry into claims the attack could have been prevented if it had not been for a series of intelligence failings.

The writ against Mr Hamilton focuses on what happened after the bomb detonated on 15 August 1998 and why no one has been successfully convicted in a criminal court. 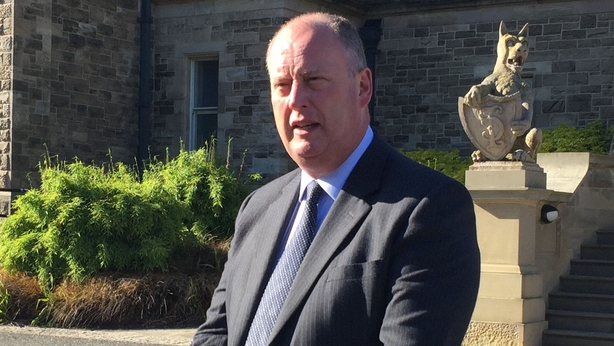 Solicitor John Fox, who is representing the Omagh Support and Self Help Group, has said the action to sue Mr Hamilton surrounds the "investigative duties of the police" following the bombing.

Speaking on RTÉ's Drivetime, Mr Fox said many of the survivors do not understand why the perpetrators have not been brought before the courts to face justice.

He said it is not a case of blaming the police, but about getting answers about what investigative duties have not been carried out correctly or appropriately.

The relatives have already successfully sued four republicans in a landmark civil trial that found they were responsible for the bombing.

The latest court action has been issued against Mr Hamilton because he has legal responsibility for the actions of both his service and its predecessor, the Royal Ulster Constabulary (RUC).

"Here we are 19 years on and the criminals responsible for this are still walking the streets - there has been absolutely no punitive measures taken against any of them," he told the Press Association.

He added: "We can't walk away and say 'it's just one of those things'.

"In our case it wasn't just Aiden that died, all of us died that day, our lives have never been the same and we need some answers."

Stanley McComb, whose wife Ann was killed, explained his motivation.

"My partner, my wife of 25 years, is no longer there and should be there. It does hurt you, you learn to live with it, but that's what drives me on.

"Why should people get away with something like that? If I broke the law or anyone decent breaks the law they are punished for it, and these people came in and murdered my wife in this town and it drives me on, there's no way I am giving up."

The action is issued in Mr Gallagher's name on behalf of bereaved families belonging to the Omagh Support and Self Help Group.

It cites the damning findings of official inquiries and court proceedings that identified multiple failures in how police investigated the bombing.

The Omagh bombing inflicted the greatest loss of life of any terror atrocity in the history of the Northern Ireland Troubles.

The dead came from both sides of the Irish border, England and Spain. One of the victims was pregnant with twins.

Relatives will gather at a memorial garden in Omagh on Sunday for their annual service of remembrance ahead of Tuesday's anniversary.

The relatives' solicitor John Fox explained the basis of the latest legal bid.

"A particular concern is the delays in arresting known suspects by the police and the families have tried to get answers from the PSNI and the public prosecution (service) and have yet to get any answers to the questions that remain unanswered," he said.

"And that is what they are now bringing before the court - an action against the chief constable of the PSNI to get answers in relation to how the police investigation was handled."