The Motor Insurers' Bureau of Ireland has won its Supreme Court appeal over a decision it is potentially liable for claims brought against collapsed insurer Setanta.

The court's five/two majority decision, given in four separate judgments, means successful claims against Setanta will have to be met from the State's Insurance Compensation Fund.

The liquidator of Maltese-registered Setanta, which sold insurance policies exclusively in Ireland before it collapsed in 2014, has determined the cost of claims could run to about €90m with the number of claimants estimated at 1,750.

In his judgment finding in favour of the MIBI, Mr Justice Donal O'Donnell noted claimants could recover 100% from the MIBI as opposed to 65% if claims were met from the Insurance Compensation Fund.

The MIBI appeal was against a Court of Appeal 2016 judgment that rejected the MIBI's arguments it should not be held liable.

The MIBI argued, as a result of the appeal court decision, it has been "left captive" with its members obliged to give guarantees even concerning insurers whom they believe will not last.

It maintained the Insurance Compensation Fund should pick up the Setanta bill, as was done in the cases of PMPA and Quinn Insurance.

In opposing the appeal, the Law Society argued that agreements between the MIBI and Government concerning claims related to uninsured drivers envisaged the MIBI would pay out if a member became insolvent.

The MIBI is operated under the terms of a 2009 agreement between the Government and companies underwriting motor insurance in Ireland to deal with claims related to uninsured drivers.

The core issue in the appeal was the interpretation of that agreement.

Following today's court decision, Minister Michael Noonan said the Department of Finance is moving "speedily" to bring certainty to the structure of the compensation framework in the future, particularly in the event of a liquidation of an insurer that is providing motor insurance in Ireland. 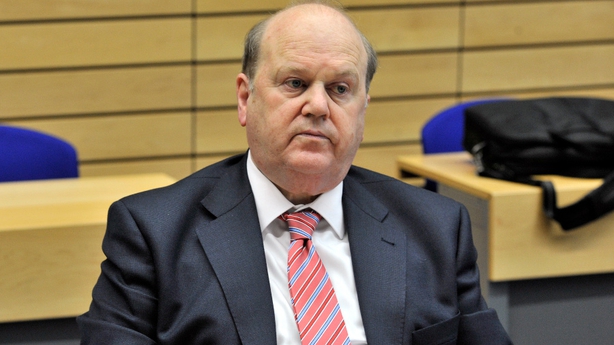 Mr Noonan said that draft Heads of a Bill for amendments to the relevant Insurance Acts are expected to be brought to Government shortly.

"This legislation will reflect the judgment of the Supreme Court today and the recently published Department of Finance report on the reform of the Insurance Compensation Fund which will ensure 100% of third party motor claims will be covered in future," he added.

Fianna Fáil's Finance Spokesperson Michael McGrath has said today's judgment gives some clarity on the situation for claimants, but not total clarity.

Speaking on RTÉ's Drivetime, Mr McGrath questioned how long claimants would have to wait for the outcome of the liquidation process and what proceeds would be available to them.

Mr McGrath said the Government has a lot to answer for.

He said if legislation concerning motor insurance framework had been enacted, Setanta claimants would have full clarity and would get 100% of the cost of outstanding claims.

He said we cannot be certain that firms similar to Setanta no longer exist here.

"It's not good enough that people would be expected to wait further to see what scraps are left from the liquidation of this company.

"We need absolute clarity. And given that there is now broad agreement between the Government and the insurance industry that in the future the ICF - the compensation fund - will meet 100% of the cost of outstanding claims, and that the industry would contribute towards that cost - that needs to be applied in respect of Setanta and that's what I will be insisting the Government do."