The Taoiseach has called a meeting of Irish security agencies to look at the security situation in Ireland in case of a Manchester-style terrorist attack.

He has also indicated that the Government is considering setting up a Security and Intelligence Unit.

Responding to questions from Fianna Fáil leader Micheál Martin, Mr Kenny said he has "called a meeting for tomorrow morning of all the agencies - defence, justice, transport, health - for 7.30 in the morning to look at the security situation here".

"I have to say that I was very impressed with the immediate response of the first responders in Manchester to the tragedy," he said. 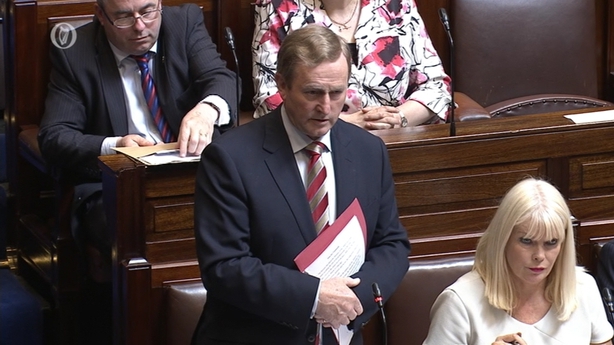 "I would say that when the O'Toole Commission gets going, in terms of policing that it would look at security and policing.

"There is an issue here as to whether we should have a security and intelligence unit, separate from the way the structure currently operates and we will reflect on that.

"It's important for the Government to be able to give assurance to people that everything humanly possibly is done to protect innocent people and the citizens of the our country."

He said that he would share that information with the House as it is important to get this right.

Gardaí have said they are liaising closely with the security and law enforcement agencies in the UK following the attack in Manchester.