An opinion poll conducted for an RTÉ One documentary suggests that four out of five voters believe the Government should be more robust in its Brexit negotiations.

The poll, commissioned for David McWilliams' Brexit, Trump and Us, (Monday, 9.35pm, RTÉ One) shows that 82% of respondents think our politicians should be tougher in their dealings with the EU over Brexit.

When asked whether voters trusted parties to the upcoming Brexit negotiations to protect Irish interests: 75% of voters trust our own Government to do so; 72% trust the EU's negotiating team; while only 43% trust the British government.

When negotiations start later this year, it will fall to the EU's chief negotiator, Michel Barnier (below), to represent Irish interests. 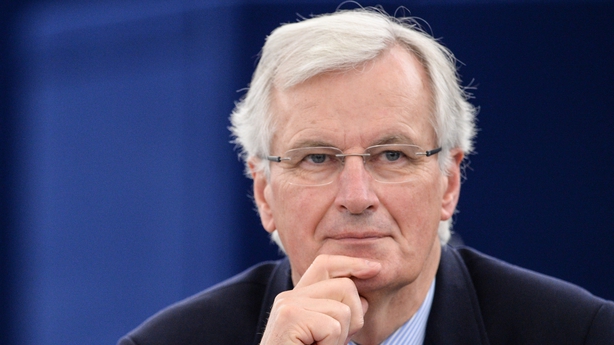 One of the top three priorities identified by Mr Barnier's team is the border between the North and South of Ireland.

The threat of a hard border has led to some discussion of other outcomes, including a united Ireland. Though he was quick to dismiss the idea of a referendum, Taoiseach Enda Kenny hailed the recent inclusion of a united Ireland clause in the minutes of the EU's first Brexit summit as "hugely important".

The RTÉ opinion poll reveals that voters would be positively disposed towards such an outcome. When asked if they would favour a united Ireland if it made sense following a Brexit deal, the poll shows that 74% of respondents would favour a 32-county republic, while 21% are against.

On the whole, the survey found that voters see our future within the EU, with 71% agreeing that Ireland should stay in the EU, even if the outcome of the Brexit negotiations are bad for the country.

Voters also want to see a closer-knit Europe after Britain leaves the Union, with 67% of respondents saying that they want to see further EU integration once a Brexit deal has been agreed.

The survey was conducted by RedC between 8-11 May, in the days after the French election.

A nationally representative sample of 1,000 adults living in the Republic of Ireland were asked a number of questions on the challenges now faced by Ireland.

Brexit, Trump and Us will be shown on RTÉ One, tomorrow night at 9:35pm