Thousands of people have taken part in the ninth anti-water charge protest in Dublin.

Protesters from around the country gathered at Connolly and Heuston stations before marching to Dame St for a rally.

Sinn Féin's Deputy Leader Mary Lou McDonald told the crowd that the Government should acknowledge they lost on the issue of water charges and "we won".

Solidarity-People Before Profit TD Richard Boyd-Barrett said the Government is trying to "subvert" the recommendations of the all party Oireachtas committee which has resisted attempts to charge for excessive use rather than wilful overuse.

He said the Government's claim that this would be in breach of  EU directives was the "purest dishonesty and hypocrisy" given the Apple appeal and non-compliance with other directives. 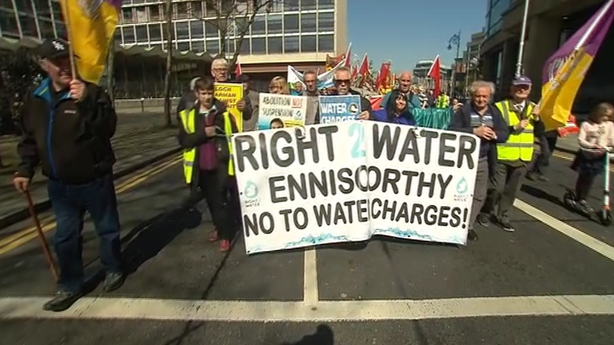 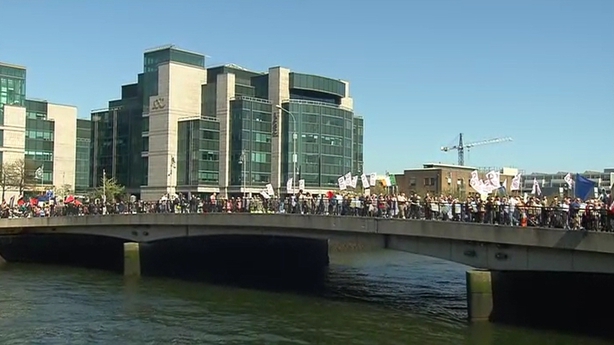 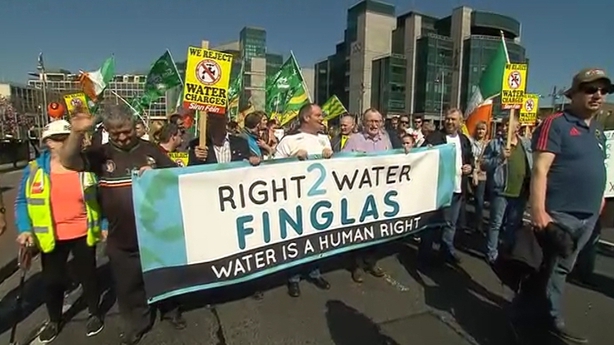 Brendan Ogle of the Right2Water group said the series of protests over three years had "run two governments ragged" who were "trying to steal out human right to water".

The rally also heard from Mark Kavanagh, a representative of striking Bus Éireann workers who said Right2Water was an "inspiration" for their dispute.

Some estimates have put the number of people who attended the rally on Dame Street at around 10,000. Organisers have said that tens of thousands of people took part in the protest.