Formal ceremonies, musical performances and theatrical events were carried out at a number of locations across the country today to mark the start of the 1916 Easter Rising, attracting thousands of people.

Simultaneous wreath-laying ceremonies were held in Dublin, Cork city and other locations around the country which played a key role in the Rising.

The wreaths, which commemorate the first shots fired in the Rising, were then taken to the 1916 memorial at Arbour Hill.

Acting Minister for Arts, Heritage and the Gaeltacht Heather Humphreys was heckled by protesters as she laid a wreath at Dublin's Moore Street.

Calls of "out, out, out" and "shame on you" were clearly audible as Ms Humphreys laid the wreath.

The protesters then subsequently observed the minute's silence, which was part of the ceremony.

The minister has drawn criticism recently for her department's stance regarding certain buildings on Moore Street that carry historical significance related to the Rising.

The department has argued that a smaller number of buildings than ruled by the High Court should be declared a national monument.

Acting Minister for Arts Heather Humphreys was heckled by protesters as she laid a wreath at a ceremony on Moore Sthttps://t.co/NDdwdAX5Uo

Events were held across Dublin as part of RTÉ Reflecting the Rising, organised in partnership with Ireland 2016.

It was expected to be the largest artistic and cultural outdoors event ever staged here.

In locations from Merrion Square on the southside to Smithfield on the northside of the Liffey, the event involved talks, debates, music, theatre, films and multimedia displays that explore events of Easter week and its aftermath.

As it happened: Reflecting the Rising | Cork ceremony | In Pictures

In Co Wexford, thousands of people lined the streets of Enniscorthy to commemorate the Rising which took place in the town.

150 volunteers took part in the four-day insurrection in the town in 1916, with many of their descendants present at the ceremony.

More than 1,000 people took part in a parade through the town, including hundreds of pike men and women as well as armoured vehicles from the Defence Forces. 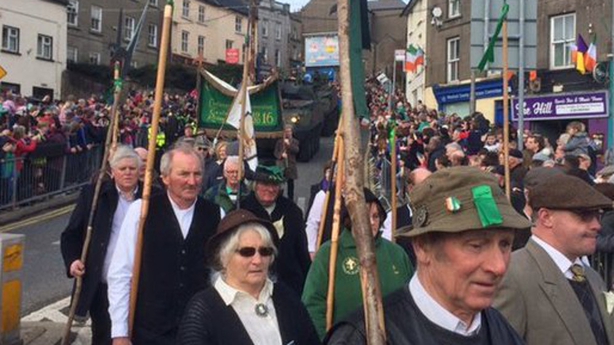 The day's programme included planting of seven oak trees, a reading of the Proclamation and the raising of the National Flag.

Broadcast on RTÉ One, the performance focused on the story of modern Ireland through music, dance and song.

As part of the immersive performance the Proclamation of the Irish Republic was read by people across the world.

The Proclamation is read by people around the world as part of 'Centenary', a performance of the 1916 Risinghttps://t.co/0MIL0oloNL 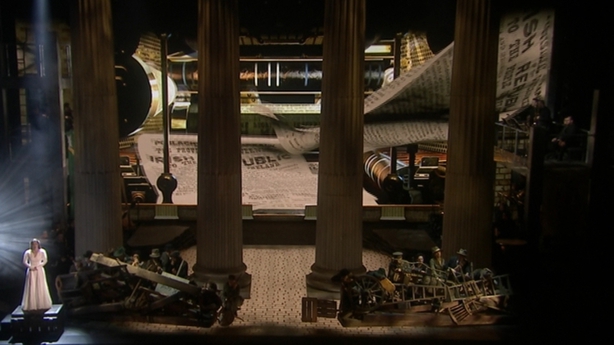 Dance troupes from across the island of Ireland, including CoisCéim and aerialists Fidget Feet, took to the stage alongside the RTÉ Concert Orchestra and choirs from around the country.

"Artists played a key role in the lead up to the Rising, so it is fitting that the best of Irish arts and culture will take centre stage as we explore this nation's story over the last 100 years.

"While this weekend's events are rooted in respectful commemoration, this special concert will allow for celebration; celebration of our Irishness, our arts and our culture over the last century."

There were also musical performances from the historically significant locations of Kilmainham Gaol and The Garden of Remembrance.

Danny O'Reilly from The Coronas joined forces with his sister Róisín O'Reilly and cousin Aoife Scott to record a very special version of 'Grace' live in Kilmanham Gaol. 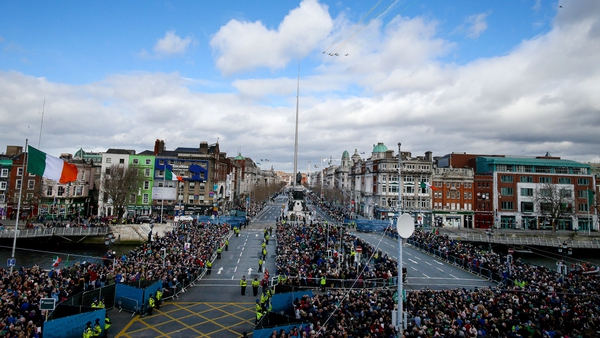