Iarnród Éireann has criticised SIPTU and the National Bus and Rail Union for refusing to attend negotiations aimed at averting strike action over the introduction of a timetable with more frequent DART services.

Management and unions were due to attend the Workplace Relations Commission tomorrow for further talks on the introduction of a more frequent ten-minute DART service from 10 April.

However, last Friday, the NBRU announced that it would not be attending talks, as it would not discuss changes to the DART rosters without "dialogue on pay".

Iarnród Éireann said in a statement: "Refusal to cooperate in a roster change associated with a new timetable is deeply regrettable, as it is through our timetable that we provide our customers with the services they require."

SIPTU Organiser Paul Cullen said the union had submitted a claim for a pay increase for all Iarnród Éireann workers and as such they would not be attending talks until the company indicates how it will address that claim.

They have already balloted for strike action in the event the company moves to introduce the new timetable without agreement.

The NBRU has stated that it is now determined to progress pay claims for Iarnród Éireann staff - and will not cooperate with the introduction of the ten-minute timetable "in the absence of dialogue on pay".

It wants pay cuts ranging from 1.6%-6.1% which are due to expire in October to be halted immediately.

It says they are also seeking an outstanding social partnership pay award of 6% due in 2009.

They will also be seeking a further increase of up to 19% in line with what they call "industry norms" - as set by last week's Luas pay proposals involving pay rises ranging from 8%-18.7%.

Pay claims have also been lodged at Bus Éireann and Dublin Bus.

"Indeed, it is notable that during the recession, when DART frequency was reduced, roster and timetable changes were accepted without issue, but as we seek to restore DART services in line with demand our trade unions refuse to engage with the company.

"Iarnród Éireann remains in an extremely difficult financial position and we will only emerge from this by ensuring our business can grow in line with demand and through meeting our customers' requirements." 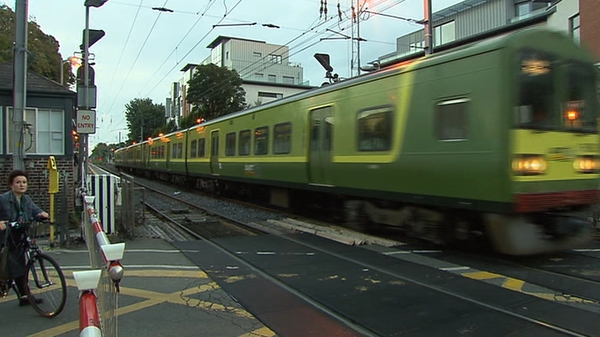