Charity trustees nominated by the Charities Regulator to sort out problems at the now defunct charity, Animal Heaven Animal Rescue (AHAR), have sharply criticised the Regulator after they ended up being sued over historic tax liabilities incurred by the Kerry-based charity.

The trustees, including mortgage-debt advocate David Hall, are being sued by the Revenue Commissioners for the payment of €203,000 that the AHAR charity owed in unpaid taxes and penalties, even though the tax offences predated their appointment.

Mr Hall was nominated to the board of AHAR in October 2018 by the Charities Regulator along with accountant Paul Nolan, former director of the Citizens Information Board John Hogan and Diarmaid Ó Corrbuí, CEO of Carmichael Ireland, which specialises in governance for the not-for-profit sector.

The four trustees were tasked with implementing proper governance and controls at the charity where serious issues were first highlighted by RTÉ Investigates in January 2017. The RTÉ investigation exposed misleading fundraising practices, substantial unreceipted cash expenditure and a lack of financial controls.

AHAR was wound up last March by the Revenue Commissioners after an audit, which commenced over 18 months before Mr Hall and the three other trustees were appointed, found "a significant lack of record keeping, financial control and governance" at the charity. The auditor had "serious concerns at the amount of cash withdrawals and payments for which there were no underlying records" and also noted that "The circumstances and information available indicate that the nature of this tax default falls into the category of deliberate behaviour."

In April 2019, in an effort to recover the unpaid taxes, Revenue began High Court proceedings against the trustees of the charity who were nominated by the Regulator. David Hall described as "bizarre" the action by one arm of the state, the Revenue Commissioners, against trustees nominated by another arm of the state, the Charities Regulator, relating to offences that occurred at the AHAR charity before they were appointed.

Another trustee, accountant Paul Nolan, told RTÉ that "It is very strange. We were brought in by the Charity Regulator and spent a lot of time and a lot of work in tidying things up. For our thanks, we got sued." 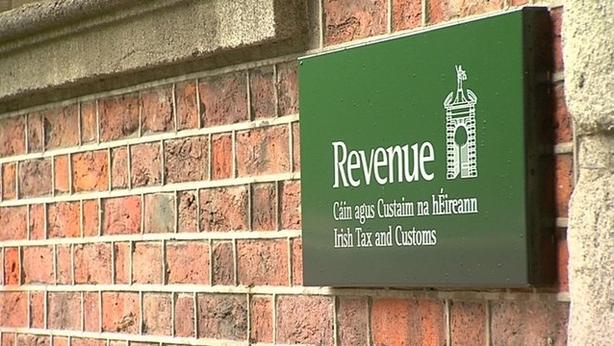 A hard-hitting report sent by the four trustees to the board of the Charities Regulator last May and seen by RTÉ Investigates stated that they "felt exposed and abandoned by the CRA [Charities Regulatory Authority] from January 2019 onwards. We naively expected that we would receive the active support, advice and guidance of the CRA as we tried to sort out the many governance issues of AHAR, but this proved to be seriously lacking."

They also stated, "We are particularly aggrieved by the lack of support or communication from the CRA while being subject by Revenue to High Court proceedings."

In a statement to RTÉ the Charities Regulator said "there were limits to the kind of assistance that could be provided to the trustees due to the unforeseen nature of the complexities associated with the particular issues that arose within AHAR."

The Regulator, however, also said that it won't preclude nominating directors to wayward charities in the future, despite the legal predicament that Mr Hall and the other trustees have been landed in.

"Appointing trustees is a statutory regulatory power and we wouldn’t rule out using any statutory powers at our disposal," it said.

However, Mr Hall, who has been involved in charities for 25 years, said the legal action by the Revenue Commissioners would "mean the greatest alarms bells for anybody" considering getting involved with a charity to improve governance.

He said that the Regulator would find it difficult to find volunteers to take board positions at troubled charities if they run the risk of being legally exposed for a charity’s historic wrongdoing.  "What happens if a frontline [charity] service runs into trouble and the Regulator wants to appoint people? Do you think anyone Is going to volunteer?" he said. "There is a massive risk to the entire sector. It raises a much wider question of how responsible trustees are [when] joining boards today for liabilities or issues that have arisen years ago."

Mr Hall also said that he and other trustees are beings sued personally for the tax debt because the AHAR charity no longer exists.

The trustees, who were not paid for their work at AHAR and did not receive expenses, will face payment of these legal bills once the court case ends, likely to be later this year.

And while David Hall says he has made the Charities Regulator aware of the legal costs the trustees face and that he will send his legal bill to the Regulator he will likely face an uphill battle to get paid.

The chairman of the Charities Regulator, Patrick Hopkins, told RTÉ that there is no obligation on the Regulator to cover these costs.  Asked if the Regulator had a responsibility to assist the trustees, Mr Hopkins said, "Formally no... on a purely personal basis, yes, I have sympathy for what happened. It was most unfortunate that these ended up in this position, but unfortunately the Regulator doesn’t really have a formal position to act in any way on the matter."

It’s a subtle distinction that David Hall says does not accurately reflect the extent of the Regulator’s role in getting them involved with AHAR. "We didn’t just wake up in the morning and be appointed miraculously," he said."I had no engagement or conversation with AHAR prior to my appointment," he said, adding that he only got involved at the Regulators request.

John Hogan, former director of the Citizens Information Board, was also critical of the Regulator. "In a way I understand where the Revenue are coming from on this, but it is up to the Regulator to sort it out," he said. "Clearly the Regulator doesn’t have any protocol to deal with this and we have been caught in the middle," he added.

That view is reflected in the report that the four trustees gave to the board of the Charities Regulator which stated "The mechanisms, powers, process and procedures of the CRA [Charities Regulatory Authority] for dealing with situations like this where due to serious concerns over the governance of a charity, the Regulator appoints trustees to the charity, are seriously flawed and highly risky for the appointed trustees."

The trustees also said in that report that they "did not feel that there was a good and effective relationship between the CRA and Revenue. The CRA should have been aware before appointing trustees that the charity was subject to a tax audit."

The Regulator told RTÉ that a Memorandum of Understanding it has to aid cooperation with Revenue is "currently under review." It also said it has "been working with Revenue since 2017 to secure an amendment to the Taxes Consolidation Act 1997, which would facilitate a greater level of information sharing between the parties."

While Mr Hall and other nominated trustees face legal costs, they will likely not have to pay anything towards the tax liability of €203,000, most of which has already been paid by Billy Gallagher. Mr Gallagher is the current chairperson of Animal Haven Ireland, which operates from the same Kerry premises and with the same manager as AHAR formerly did, though under improved governance structures. Mr Gallagher is also a co-defendant along with Mr Hall and, like him, was not connected with AHAR at the time the tax offences occurred. He has paid about €140,000 from his own pocket to settle the liability and intends to repay the remaining sum of around €63,000 in October.

The Revenue Commissioners declined to comment about the case, but in correspondence seen by RTÉ Investigates they said that they will drop their legal proceedings against the trustees if the outstanding tax liability is discharged in full.

Once the money has been paid, it is expected that the former AHAR property at Castleisland will legally transfer to Animal Haven Ireland. AHAR’s only significant asset was its premises and 37 acres of land. The property was bought in 2014 using a €324,000 donation from a wealthy benefactor. Musician Sharon Shannon also helped to raise tens of thousands of euro to buy the property and to fund the charity. Both the benefactor and Ms Shannon subsequently withdrew their support from the charity due to concerns about animal welfare and governance.

Travellers - Lives On The Fringes