The Public Health (Standardised Packaging of Tobacco) Bill 2014 has passed Committee Stage at this afternoon's meeting of the Oireachtas Select Sub-Committee on Health.

Members welcomed the progress of the bill, on the day when it emerged that a tobacco firm had issued a legal threat against the Government over the legislation.

Committee Chair Jerry Buttimer commended the passing of the bill at committee stage in advance of National No Smoking day tomorrow.

There was cross-party support for Minister for Children and Youth Affairs James Reilly's "fight and crusade against the tobacco industry" at this afternoon's meeting.

Mr Reilly's contention that a legal threat from a tobacco firm would not halt the Government's plans to require plain packaging for tobacco products was welcomed by Sinn Féin, Fianna Fáil and Fine Gael TDs.

Mr Reilly told the committee that he is confident the measures will have a positive impact on health and it is "a proportionate measure" despite the threat of legal action.

The minister said that in 2013 he announced the intention to draft legislation in this area, and at that time, Ireland was the first country in Europe to commit to such legislation

Mr Reilly said that Ireland has always been a leader in tobacco control measures and we can be proud of that.

He said that the battle against tobacco will not be complete until we can reduce the number of young people starting to smoke.

He said branded tobacco packaging is a key part of marketing and that evidence from Australia has completely undermined the tobacco industry's arguments.

Mr Reilly said that he is confident the measures will have a positive impact on health and it is a proportionate measure, despite the threat of legal action.

Sinn Féin health spokesperson Caoimhghín Ó Caoláin said he will be supporting the bill in each of its stages.

He commended the minister for holding his position.

Mr Buttimer said it is wrong for the parliament to be threatened by the tobacco industry and the priority of the Oireachtas is about public health.

He said the committee has only one agenda and that is public health.

Fianna Fáil health spokesperson Billy Kelleher said the minister has the support of his party in his fight and crusade against the tobacco industry.

He complimented Mr Reilly's endeavours during the Irish presidency of the EU, where he pushed for the plain packaging measures. 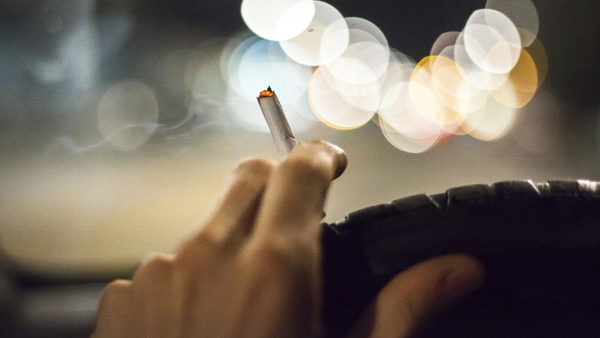 US tobacco producer to ban smoking in offices