The 25 suspects detained in Germany today for allegedly plotting to overthrow the state subscribed to a mixed bag of conspiracy theories, with the Reichsbuerger and QAnon ideologies among them, authorities said.

Germany's domestic intelligence service Verfassungsschutz put the Reichsbuerger movement under observation in 2016, shortly after one of its members shot dead a policeman during a raid at his home.

The police operation had been launched to seize his hunting and sports guns, which the authorities deemed he was not fit to hold as a member of the group.

Today, the Verfassungsschutz attributes some 21,000 people to the Reichsbuerger, with around 5% or 1,150 of them seen as far-right extremists.

Some 2,100 Reichsbuerger are prepared to use violence to reach their goals, according to the 2021 annual report of the agency.

The movement mainly operates in very small groups and virtual networks but also comprises individuals without attachment to any structures, the Verfassungsschutz said.

Lately, it has been fed by a rising number of protesters against Covid-19 measures who have joined its ranks.

Members of the Reichsbuerger (Citizens of the Reich) do not recognise modern-day Germany as a legitimate state. Some of them are devoted to the German empire under monarchy, while some are adherents of Nazi ideas and others believe Germany is still under military occupation.

They are convinced Germany is ruled by a "Deep State".

Many fans of this movement reject German passports as invalid and obstruct administrative acts, seeking the confrontation with the authorities and sometimes using force, such as a suspect who fired a crossbow at police about to search his house in 2021.

Other members of the Reichsbuerger argue Germany is still occupied and under military occupation. The leader of that part of the movement was arrested in 2021 after issuing "death sentences" against politicians and journalists on Telegram, the Verfassungsschutz said.

Germany's top administrative court removed a civil servant from office in 2021, for being part of the Reichsbuerger movement, arguing he was violating the obligation to adhere to the German constitution.

The man had applied for a passport, naming his birth state as the "Kingdom of Bavaria" and referring to a 1913 citizenship law, according to the Verfassungsschutz report. 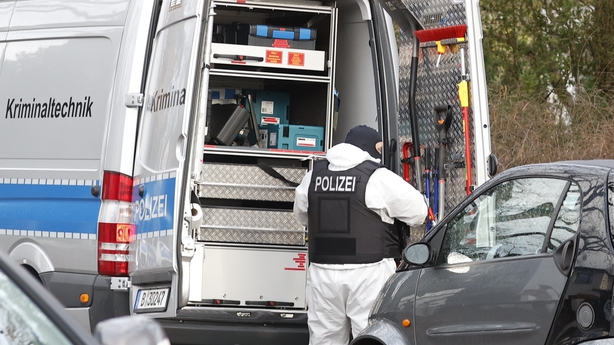 There also have been attempts by Reichsbuerger members to organise alternative school lessons in protest at anti-Covid measures at schools, with the aim of using school books dating back to the German Empire.

In 2020, Reichsbuerger members were also among the several hundred protesters demonstrating about Covid curbs who broke through police barriers in front of the Reichstag building in Berlin, housing the federal parliament, and could only be stopped after they reached the steps leading up to the entrance.

In a country where the private possession of firearms is rare, authorities have been worried in particular over the arms affinity of the Reichsbuerger scene and have scrambled to rid its members of their weapons.

At least 1,050 of them lost their weapons in this way up to the end of 2021, according to the Verfassungsschutz, with at least another 500 believed to still hold gun licences.