Austria has announced that it will impose a lockdown for all and make vaccinations mandatory as it seeks to tackle a rise in Covid cases.

Other European countries are also tightening restrictions as Covid-19 cases surge across the continent, but so far none have reimposed full lockdowns and only the Vatican has mandated vaccinations for all.

The lockdown will start on Monday, while vaccination against Covid-19 in the Alpine nation will become mandatory from 1 February next year, Chancellor Alexander Schallenberg said.

The confinement will initially last 20 days with an evaluation after 10 days, he said.

"Despite months of persuasion, we have not succeeded in convincing enough people to get vaccinated," the chancellor told a press conference in the western Tyrol state, where he met regional government heads.

"Sustainably increasing the vaccination rate is the only way to get out of this vicious circle," he said.

He also blamed those refusing to be vaccinated for an "attack on the health system", and said vaccinations were the "exit ticket" out of the pandemic.

The lockdown means people are no longer allowed to leave their houses with few exceptions such going to work, shopping for essentials and exercising.

Schools will remain open, though parents have been asked to keep their children at home if possible.

At the beginning of the week, Austria already began a lockdown for those not vaccinated or recently cured, becoming the first EU country to do so.

But infections have continued to rise. Yesterday, a new record of more than 15,000 new cases were recorded in the country of nearly nine million people.

Demand for vaccinations has increased in recent days, and 66% of the population are now fully jabbed, slightly below the EU average of more than 67%.

The opposition party NEOs said the government should have acted sooner to avoid intensive care units from struggling and thus prevent another lockdown - the fourth in the country since the pandemic hit Europe last year.

"Austria would have spared itself all of this if decisive action had been taken in summer and early autumn," NEOs chief Beate Meinl-Reisinger said.

"Austria is now a dictatorship!" said Herbert Kickl, the head of the far-right Freedom Party (FPOe), which was a junior partner in the country's last government.

On Sunday, hundreds demonstrated against the lockdown for the unvaccinated. The FPOe is planning a bigger rally tomorrow though Mr Kickl will miss it as he has contracted the virus.

On Monday, Vienna city authorities also became the first in the EU to start inoculating children between the ages of five and 11.

They said they would increase the offer in line with high demand even though the European Medicines Agency has not yet approved any of the coronavirus vaccines for the five-to-11 age bracket.

Other European countries are also re-introducing curbs to fight the virus' spread.

Germany not ruling out lockdown

Germany's coronavirus situation is so grave that a lockdown cannot be ruled out, the health minister has said.

"We are now in a situation - even if this produces a news alert - where we can't rule anything out," acting health minister Jens Spahn told a news conference.

Markets reeled on the prospect of a possible German lockdown, with bond yields turning negative, and the euro and stock markets falling sharply.

Germany saw approximately 65,000 Covid cases in one day this week.

German Chancellor Angela Merkel said yesterday that, in areas where hospitals are becoming dangerously full of Covid-19 patients, large parts of public life would be restricted to those who have either been vaccinated or have recovered from the illness.

The German government will also limit shipments of the Biontech/Pfizer Covid-19 vaccine in the coming weeks to push the use of its stock of Moderna vaccines before it expires, a health official was cited as saying by RND newspaper grou.
Health ministry state secretary Thomas Steffen wrote to Germany's states that 90% of orders currently were for the Biontech vaccine.

"But the Moderna vaccine should increasingly be used for boosters because otherwise, we face the expiry of our Moderna vaccines in stock from the middle of the first quarter of 2022,"Mr Steffen was quoted as saying.

Spanish authorities are looking for seven Dutch tourists who went on the run after they tested positive for Covid-19 and were ordered to quarantine, a local official said.

The group was staying at a holiday home in the village of Navas del Madrono in the western region of Extremadura when one of them fell ill and tested positive at a local health centre, a spokeswoman for the regional government said.

Another six turned out to be infected as well and all seven were ordered to remain in quarantine, but when health authorities visited the holiday home on Wednesday they found it empty, she added.

Regional health minister Jose Maria Vergeles said international health authorities had been notified because "this is a public health problem". 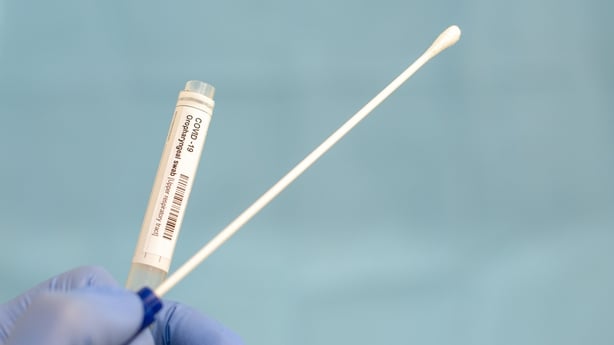 "We don't know where they are," he told a news conference today, adding "this is a clear example of what you shouldn't do".

"If they left the country, they did it overland because if they went to an airport they would be asked for a negative test and their situation would come to light."

The Dutch foreign ministry said it had no knowledge of the affair and denied Dutch media reports that the group had asked for consular support.

While Spain currently has one of the lowest Covid-19 incidence rates in Europe due to its high vaccination rate, infections are on the rise.

Spain's two-week contagion rate rose above 100 cases per 100,000 inhabitants yesterday for the first time in more than two months, according to health ministry data.