The mystery surrounding the disappearance of an Italian teenager 36 years ago deepened after two graves at the Vatican thought to possibly hold her remains were discovered to be empty.

The Vatican said in a statement that not only were Emanuela Orlandi's remains not found, the tombs did not even hold the remains of the two princesses supposed to be buried there in the Teutonic Cemetery.

Emanuela, a Vatican City resident and the daughter of a Vatican employee, disappeared in Rome in June 1983 when she was 15.

In March, a lawyer for the family revealed they had been sent a letter with a photo of an angel above a tomb in the Vatican's Teutonic Cemetery.

The message sent with the photo simply read: "Look where the angel is pointing".

"The family has a right to know what happened. 36 years have passed, there have been three different popes at the Vatican," she said.

"Someone knows, and is keeping quiet out of 'omerta' or fear. Emanuela must be found. Please contact us," Ms Sgro added. 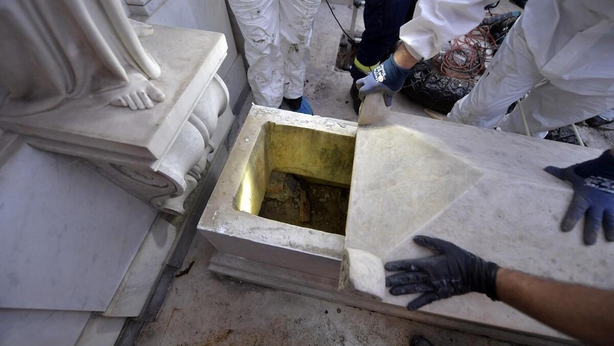 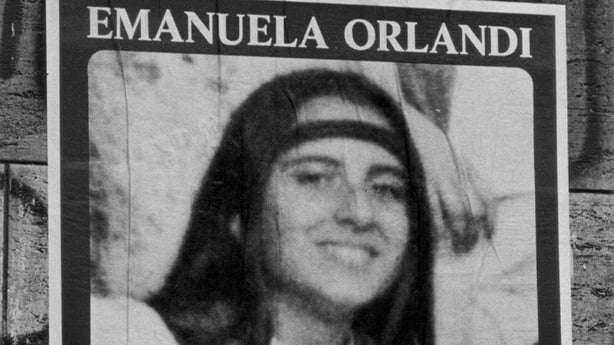 Emanuela's disappearance is one of the most enduring modern mysteries of the headquarters of the Catholic Church and has been the subject of much speculation by Italian media.

She was last seen on 22 June 1983 at a bus stop in the centre of Rome on her way home from a flute lesson.

There have been many reported sightings of her over the years, even inside Vatican City, but all were deemed unreliable.

"This mystery is part of this country's dark history," Ms Sgro said, in reference to a series of decades-old cases in Italy dogged by unanswered questions and beloved by conspiracy theorists.

According to some theories widely circulated in Italian media, Emanuela was snatched by a mobster gang to put pressure on the Vatican to recover a loan.

Another claim often repeated in the press was that she was taken to force the release from prison of Mehmet Ali Agca, the Turk who attempted to assassinate Pope John Paul II in 1981.

The family braced for a possible breakthrough last year, when human remains were found at a Vatican property in Rome.

In 2017, conspiracy specialists were driven into a frenzy by a leaked - but apparently fake - document, purportedly written by a cardinal and pointing to a Vatican cover-up.

Five years earlier, forensic experts exhuming the tomb of a notorious crime boss at a Vatican church uncovered some 400 boxes of bones.

Enrico De Pedis, head of the Magliana gang, was suspected of involvement in kidnapping Emanuela. There was speculation that the youngster may be buried alongside him, but DNA tests failed to find a match.

A second, similar grave alongside the first was also opened this morning to rule out any misunderstandings over which grave was meant.

The Vatican said it had informed their descendants of today's discovery that their remains were missing.

It said it would look into when work was done on the tombs in a bid to find out what happened to them.

"Documentary checks are under way on the structural interventions that took place in the area ... in a first phase at the end of the 19th century, and in a second more recent phase between the 60s and 70s of the last century," the Vatican said.

The Holy See expressed its "attention and closeness to the suffering of the Orlandi family and in particular to Emanuela's mother," who still lives inside the Vatican.