Greek prosecutors have charged 20 people in relation to a wildfire that killed 100 people in the seaside town of Mati and nearby areas last July.

Judicial sources say a regional governor and two local mayors are among those charged.

Most of the victims could not escape from a maze of poorly planned streets in Greece's worst wildfire disaster.

Irishman Brian O'Callaghan-Westropp was among the dead.

He and his wife Zoe Holohan were on honeymoon in Mati when the fires hit.

The couple had only got married the previous week, before flying out to Greece for their honeymoon.

Authorities were accused of a slow response and lack of coordination in rescue operations.

The charges include involuntary manslaughter and causing bodily harm due to neglect, the source said.

Prosecutors have drafted a 292-page report that details "a series of mistakes" in handling the disaster.

The accused include Rena Dourou, the governor of Attica region, which includes Mati; Elias Psinakis, mayor of Marathon; and Evangelos Bournous, mayor of Rafina and Pikermi, all towns in the region.

The accused have denied any wrongdoing.

Greece's judicial system has several preparatory stages and the compilation of charges does not necessarily mean that the individual will face trial.

An investigating magistrate is now expected to take over and look into the case.

The government attributed the fire to arson and dismissed accusations that it failed to evacuate people in time, saying that unlicensed building had thrived under previous governments. 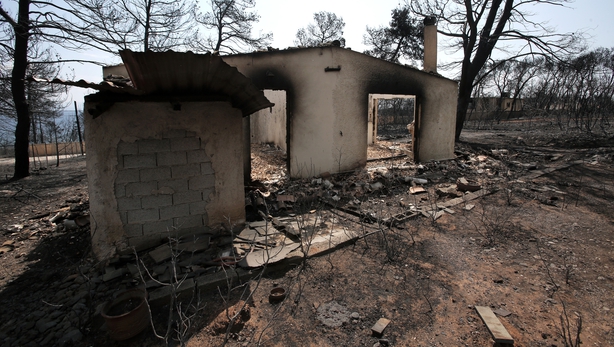 Mati, a heavily wooded area on the coast east of Athens overlooking the sea, was popular with pensioners and children at summer camps.