Two firefighters and a Spanish woman have died and nearly 50 people were injured in a massive gas explosion that gutted the ground floor of a building in a central Paris shopping district, authorities said.

The accident occurred with Paris under security lockdown for a ninth consecutive Saturday of "yellow vest" protests, with large parts of the French capital blocked off by riot police.

"As firemen were looking for a gas leak in the building, a dramatic explosion took place," Interior Minister Christophe Castaner said, adding that one of the firemen had been buried under debris for several hours.

Mr Castaner said on his Twitter feed that two firefighters had died, and that ten people, including one firefighter, had serious injuries.

Another 37 people had lighter injuries, he said.

The death of the Spanish woman was confirmed by Spain's foreign ministry.

It said she and her husband were visiting Paris and she died in hospital a short time after being caught in the explosion.

In recent years, France has suffered a string of deadly Islamist militant attacks in Paris, Nice, Marseille and elsewhere but authorities quickly ruled out foul play.

"A this stage we can say it (the gas blast) is clearly an accident," Paris prosecutor Remi Heitz told reporters. 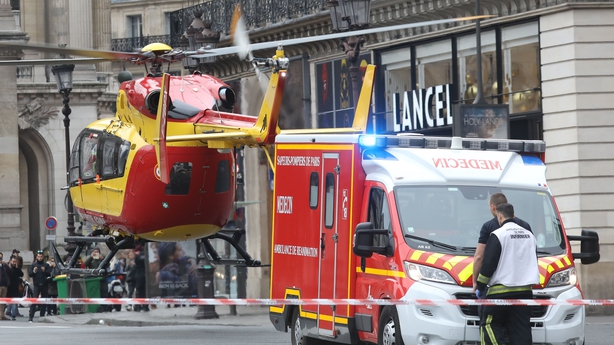 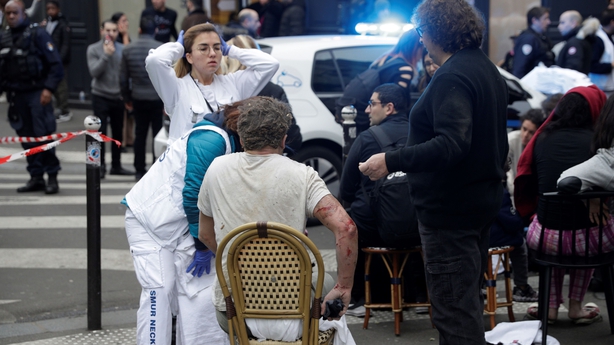 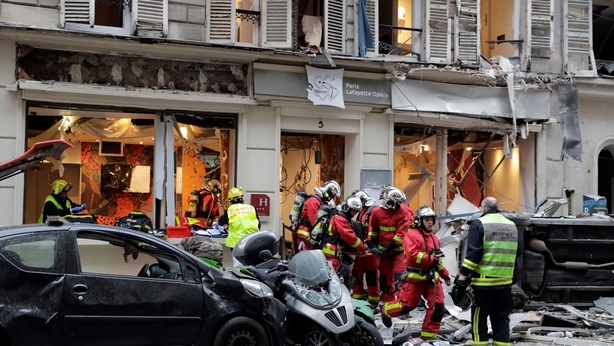 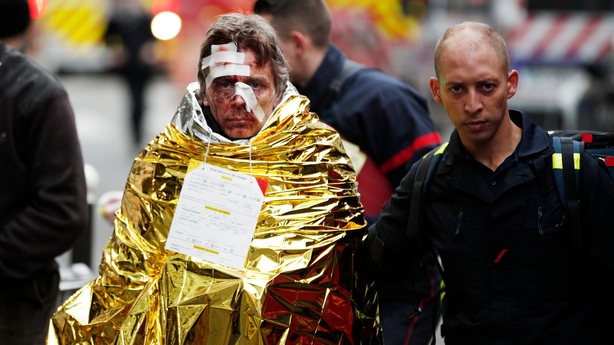 A police source said the explosion tore apart a bakery on the rue Trevise and witnesses said the force of the blast shattered nearby storefronts and rocked buildings hundreds of metres away.

More than 200 firefighters joined the rescue operation and two helicopters landed on the nearby Place de l'Opera to evacuate victims.

Ambulances struggled to access the blast area because of police barriers set up to contain any violence by yellow vest protesters.

An eyewitness at a hotel nearby said he saw flames envelop the ground floor of the building blown out by the blast.

"There was broken glass everywhere, store fronts were blown out and windows were shattered up to the third and fourth floors," said David Bangura.

He said that as he approached the scene, a woman was crying for help from the first floor of a building: "Help us, help us, we have a child".

Prime Minister Edouard Philippe was also at the scene to survey the damage.

"There was an explosion in a bakery, it was accidental," Sylvain Maillard, deputy mayor of the 9th Arrondissement where the blast took place, told BFM television.

"There is heavy damage, lots of broken windows, and the bakery was totally gutted," he said.

Dozens of tourists, suitcases in hand, were evacuated from the many nearby hotels in the area, a popular weekend shopping destination for locals and visitors alike.

Other residents were in bathrobes or quickly dressing in the street as police helicopters circled overhead. 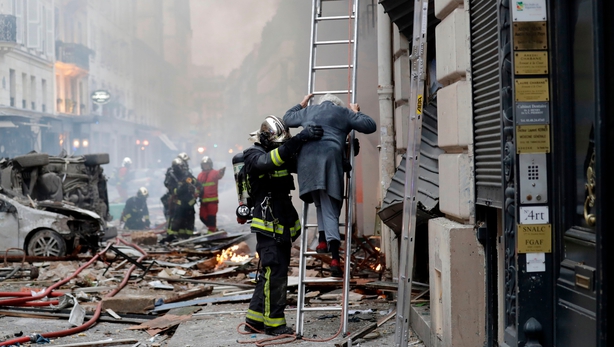 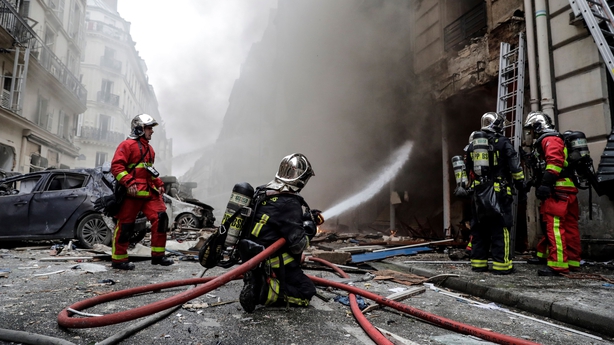 "We were sleeping when we heard the noise, it sounded like an earthquake," a teenager who lives on a nearby street told AFP.