French President Emmanuel Macron has called for "order" after a sixth weekend of yellow vest anti-government protests marked by dwindling participation and a violent attack on police in Paris.

Speaking during a visit to the central African state of Chad where he was visiting French troops serving in a counter-terrorism force, Mr Macron said: "There must be order now, calm and harmony. Our country needs it."

"It needs harmony, unity, sincere commitment to strong collective causes and we must heal the divisions," said the 41-year-old centrist, who has struggled to tamp down the anger of the working poor in small-town and rural France over falling spending power and policies seen as tilted towards the rich. A total of 38,600 people took part in a sixth round of nationwide protests yesterday, according to the interior ministry - around half the number that demonstrated a week earlier.

In Paris, the scene of fierce clashes and widespread destruction in previous weeks, the protests were mainly peaceful.

But as evening fell, violence broke out again on the iconic Champs-Élysées avenue. 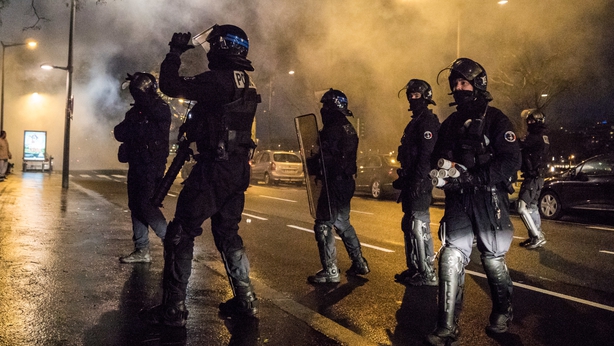 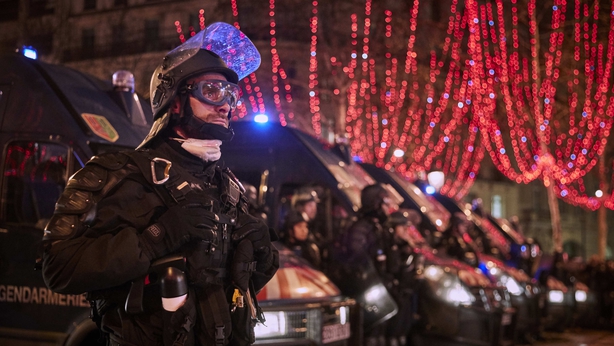 In one incident that caused widespread outrage, a group of three police officers on motorbikes were forced to make a hasty escape after coming under attack near the Champs-Élysées from a group of demonstrators, who threw electric scooters, paving stones and other objects at them.

A video of the incident, which was widely shared on social media, showed one officer pulling his gun and pointing it at the advancing protesters.

He and his two colleagues - one of whom had his motorbike knocked to the ground - then made their getaway.

The video showed that, seconds before the attack, the police had lobbed stun grenades at a group of protesters, who were some distance away. 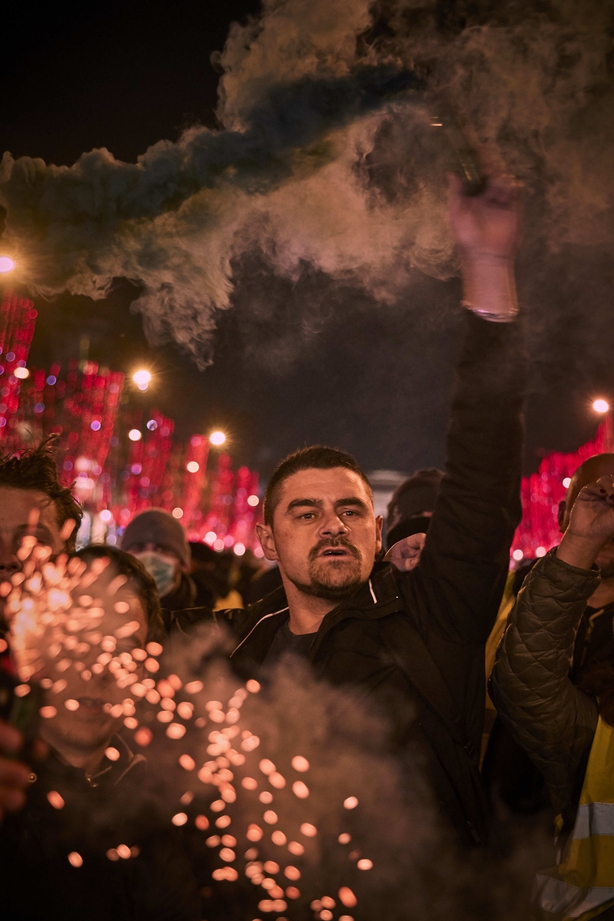 Speaking to BFMTV, Mr Macron said those responsible for the violence would face "the most severe" legal punishment.

French Prime Minister Edouard Philippe for his part denounced the "incredible violence towards the police".

He also took aim at protesters who sang a song by controversial comedian Dieudonne M'Bala M'Bala, a convicted anti-Semite, outside Sacré-Coeur church in Paris as well as those who decapitated an effigy of Macron in the western Charente region - two other incidents seen as evidence of growing radicalisation and the presence of extremists within the movement.

"There can be no trivialising of such gestures which must draw unanimous condemnation and be punished by the law," Mr Philippe tweeted. 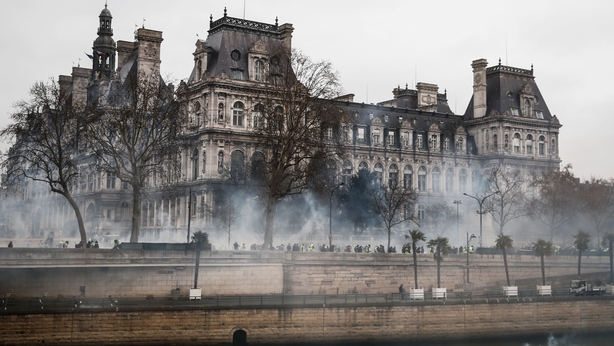 The number of demonstrators has been trending downwards since 282,000 people turned out for the first Saturday protest against planned fuel tax hikes on 17 November.

From there the protests quickly morphed into a full-scale revolt against Mr Macron's policies, aloof, top-down governing style, and the political class as a whole.

Saturday's numbers represented a sharp drop from last week, however, when Mr Macron announced an income increase for minimum-wage earners and rolled back tax increases on pensioners, among other measures.

A total of 142 people were detained and 19 taken into police custody in the capital, including one of leaders of the movement, Eric Drouet.

Mr Drouet, a truck driver, was to be brought before an investigating magistrate to be charged with carrying an illegal weapon in the form of a block of wood and "participating in a group formed to commit violence or destruction".

He denies the charges.

The protests have dealt a blow to the French economy, particularly the retail trade.

Ten people have died in incidents linked to the demonstrations, mostly in accidents at roadblocks set up by the protesters.