At least four people have died in the southern French city of Marseille in two building collapses, officials have said.

The body of a woman as found under the debris in the city this evening. Earlier the bodies of two men and another woman were recovered by rescue workers from the 15 metre pile of rubble.

Rescuers worked throughout the night to look for victims in the rubble of the two dilapidated apartment blocks.

Last night Interior Minister Christophe Castaner said up to eight people were missing, with authorities trying to trace five residents and three other people who had been invited to the buildings.

The first victim - a man - was pulled from the wreckage today, prosecutor Xavier Tarabeux said, adding that he needed to be identified.

Google Maps images taken in recent months showed the two collapsed buildings, in the working-class neighbourhood of Noailles, had had large visible cracks in their facades. 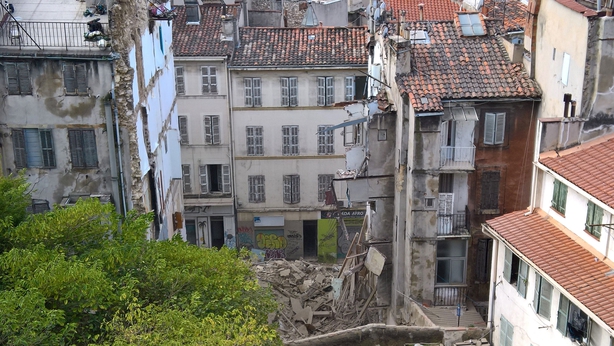 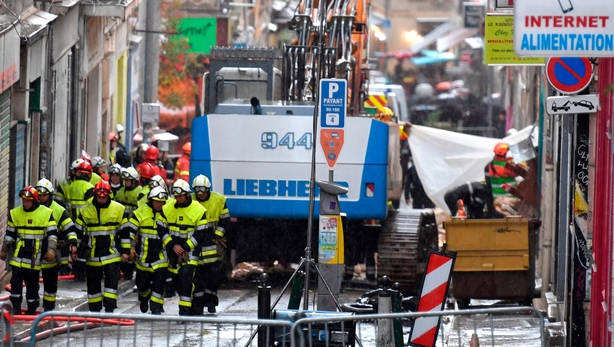 One of them had been condemned and, with its windows boarded up, was well-secured and in theory unoccupied, officials said.