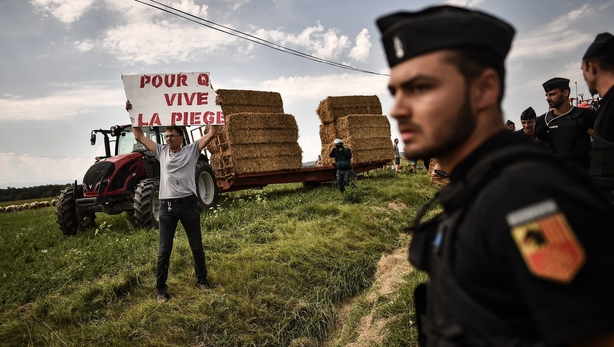 The race was halted after farmers threw hay bales into the road 29km into the stage from Carcassonne to Bagneres-de-Luchon. 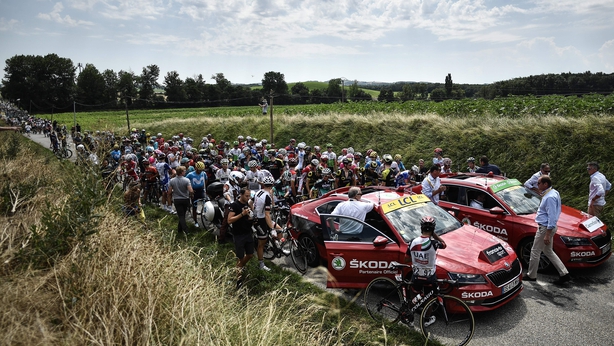 It appears that police had used pepper spray on farmers protesting and the wind blew the spray into the path of the cyclists.

The race was then stopped as the riders headed back to the doctor's car to receive treatment.