Slovak President Andrej Kiska has said he would accept Prime Minister Robert Fico's offer to resign, and give a mandate to form a new government to Mr Fico's party colleague Peter Pellegrini.

Mr Fico has offered to resign on condition that his party be allowed to choose his successor, as his three-party ruling coalition seeks to calm a political crisis sparked by the murder of a journalist.

The murder of 27-year-old investigative reporter Jan Kuciak, who wrote about fraud cases involving businessmen with political ties, has fuelled public anger over corruption in Slovakia.

It was only the fifth case of a reporter or reporters being killed in the EU in the past decade.

No one has been charged over the killing of Mr Kuciak, who was found shot dead at home with his fianceé.

The junior coalition party Most-Hid (Bridge) threatened on Monday to leave the government unless new elections were agreed.

Parties had been in talks since Tuesday before coalition leaders agreed to revamp the government and met with President Kiska.

"I proposed that in order to solve the political crisis I am ready to resign as prime minister," Mr Fico told a televised news conference last night, flanked by the other two coalition leaders. 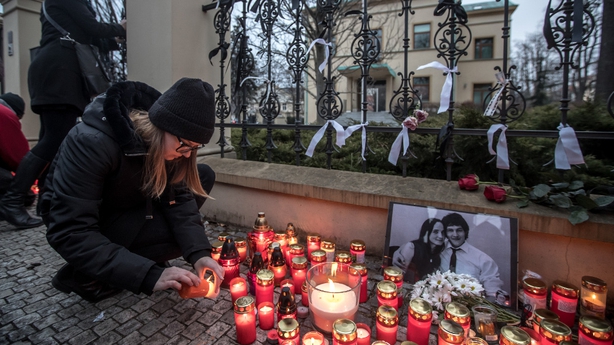 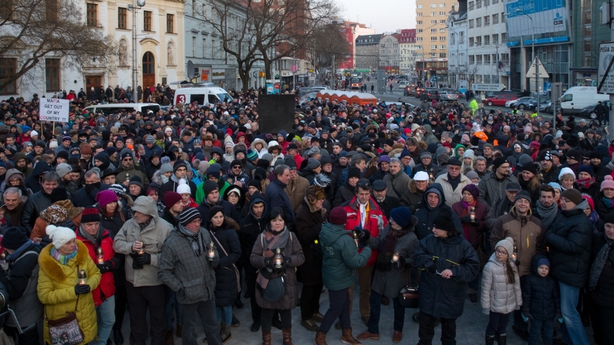 Mr Fico said the conditions for his resignation were that Mr Kiska respected the last election results and coalition agreement, giving his party the chance to nominate the next prime minister.

Most-Hid leader Bela Bugar said his party welcomed the plan. "I think this decision can bring calm to the situation," he said.

Mr Kiska and Mr Fico were opponents in the last presidential run-off vote and have battled again in the crisis.

Early on, the president had called for a major government reshuffle or fresh elections to rebuild public trust.

How far Mr Fico's exit as prime minister can calm public pressure is still to be seen. Michal Vasecka, of the Bratislava Policy Institute, said the move looked "cosmetic".

The political fallout from Mr Kuciak's killing has tarnished Mr Fico, in power for much of the past 12 years during which Slovakia's economy has grown rapidly and the country of 5.4 million has become a major hub for international carmakers.

He is midway through a third term and had last year called Slovakia a "pro-European island" in central Europe as he sought to stand out from largely eurosceptic leaders in the region.

His Smer party has won the last four elections since 2006, staying popular thanks to a policy mix of giving handouts to voters, such as free train tickets for students and pensioners, while controlling deficits.

But many fault Mr Fico for not clamping down on corruption and cronyism more.

Just before he was found shot dead along with his fianceé at his house outside of Bratislava, Mr Kuciak had been looking into suspected mafia links of Italians with businesses in Slovakia.

One of the Italians had past business links with two Slovaks, including a former model, who later worked in Mr Fico's office. Both have resigned but deny connections to the murder.

Their Italian former business partner has denied having connections with the mafia.