Rescue crews are searching for eight people including Germans, Austrians and Swiss who have been missing for more than a day after a landslide struck a remote Swiss mountain valley near the Italian border.

Authorities evacuated around 100 people from the village of Bondo and airlifted hikers from nearby huts in the eastern canton of Grisons after rocks and mud hit the area yesterday.

Police said they were unable to contact eight people, six of whom had been reported missing by relatives, despite intensified searches by teams including an army helicopter outfitted with thermal sensing technology as well as rescue dogs. 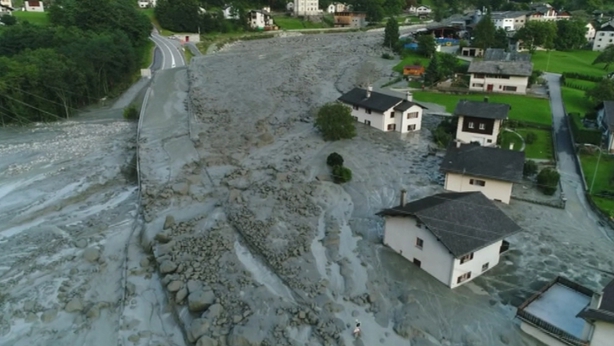 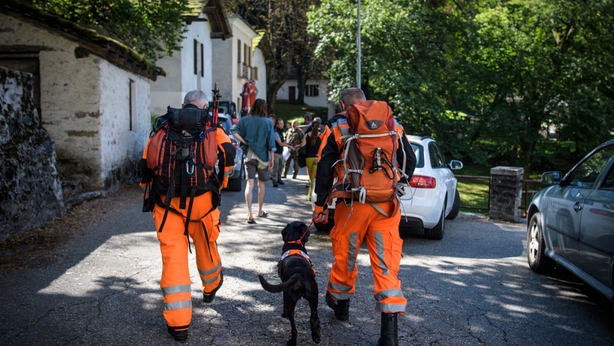 The missing were described as hikers and climbers. No children or locals from the region were reported missing.

Austria's foreign ministry said a married Austrian couple were among those unaccounted for.

The landslide's force registered a magnitude of three on the Richter scale, police Lieutenant Andrea Mittner said, equivalent to a small earthquake that can be felt by people and might shake indoor objects.

"You can imagine just what a mass had to come down to cause an earthquake scenario," he said.

Bondo is to remain sealed off until tomorrow morning, Lt Mittner said, as additional landslides are possible.

About 120 rescue workers are on the scene. 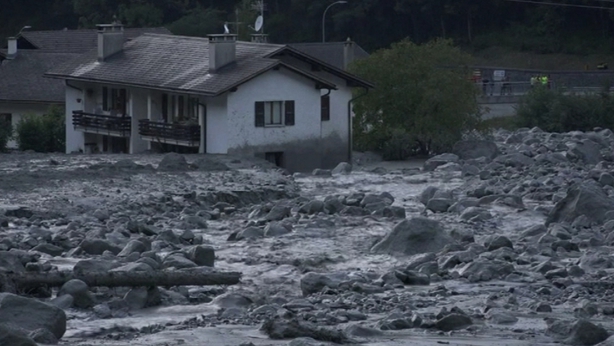