French police shot and arrested a man suspected of deliberately ramming his car into a group of soldiers in a Parisian suburb, injuring six of them in what the government called a deliberate attack.

Armed police from elite units tracked the fugitive for five hours after the attack before cornering him on a motorway in northern France and shooting him several times.

The suspect was unarmed when he was trapped by police some 260 kilometres north of Paris where he had attacked the soldiers in the affluent suburb of Levallois-Perret, a judicial source said.

There was no immediate word on his condition.

The man appeared to have lain in wait for the soldiers in a pedestrian zone near their base on the northwestern edge of the capital.

He accelerated his BMW car into the troops, who were starting their patrol, when they were a few metres away, Interior Minister Gerard Collomb said.

The man sped away after the incident, sparking a major manhunt.

"This was a deliberate act, not an accident," Mr Collomb told reporters outside the hospital where the three more seriously injured victims were being treated.

He said a terrorism investigation had been launched. 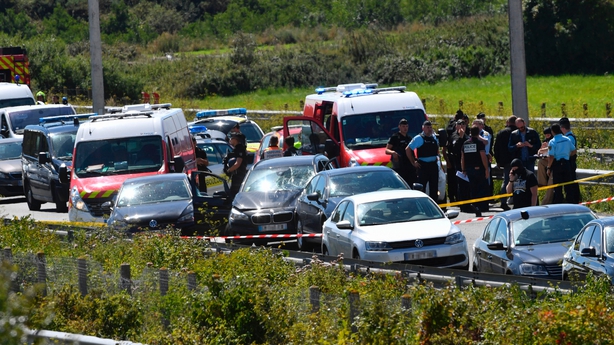 The soldiers were part of Operation Sentinel, launched in the wake of Islamist attacks in Paris in early 2015.

The Levallois-Perret attack was the 15th on troops and police in the last two-and-a-half years, many of them Islamic State-inspired.

Prime Minister Edouard Philippe told politicians in parliament that the "main suspect" had been detained.

One policeman was injured by a stray bullet in the operation.

A judicial source said the suspect was an Algerian national who held legitimate papers to be in France.

Investigators raided several properties associated with the suspect, identified by the daily newspaper Le Parisien as 37-year-old Hamou B.

The BMW car, the same car that was used in the attack, was riddled with bullet holes and surrounded by balaclava-clad police officers, a Reuters cameraman said. 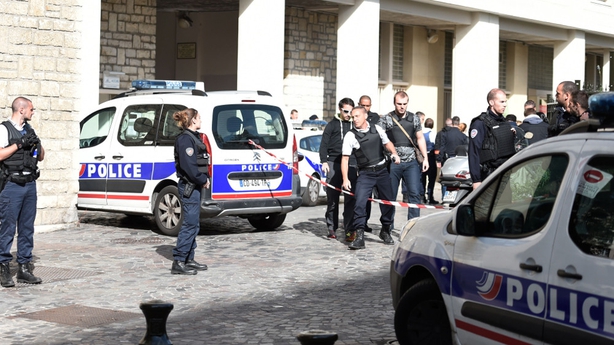 Armed Forces Minister Florence Parly said Wednesday's attack was proof there remained an active threat and that the 7,000-strong Sentinel force "was more necessary than ever".

Three soldiers had light injuries, Ms Parly said, while three others were more gravely hurt but not as seriously as previously thought.

Patrick Balkany, mayor of Levallois-Perret, called it a "disgusting" act of aggression that was "without any doubt" premeditated. 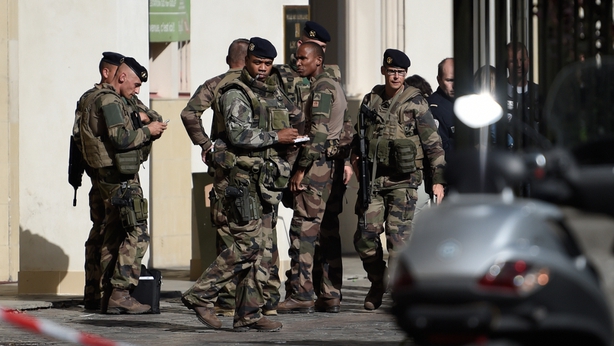 France remains on maximum alert following a string of attacks over the past two years in which Islamist militants or Islamist-inspired attackers have killed more than 230 people.

Most were civilians killed in Paris in early and late 2015 as well as in the southern seaside city of Nice in mid-2016.

Since then, a string of attacks have primarily targeted police and soldiers.

This year, assailants attacked soldiers at the Louvre museum site in Paris in February and at Orly airport in March.

An assailant shot a policeman dead on the Champs Elysees avenue in the capital in April.

Another man died after ramming his car into a police van in June and soldiers disarmed a knife-wielding man at the Eiffel Tower earlier this month.