The World Health Organization (WHO) is calling for further research into the health risks posed by microplastics in drinking water.

It is also calling for an urgent reduction in plastic pollution to reduce the global population's exposure to potentially harmful substances.

Microplastics are now widespread in the natural world and as well as being present in oceans and freshwater ways, they are now commonly found in drinking water from the tap and bottled water.

In a newly-published report, WHO scientists say the limitations of current data mean it is difficult to gauge the potential impact on human health if concentrations of microplastic in drinking water continue to rise.

The authors cite the problem of classifying microplastics as they come from a multitude of different materials and sizes.

They can also be combined with numerous different chemicals - for example flame retardants - depending on their original purpose.

Plastic fragments and fibres from synthetic fabrics were the most commonly found microplastics found in drinking water, the report found.

The researchers believe the threat posed by microplastics is potentially three-fold - the physical risk of the particles themselves, the chemicals leached from degraded plastics and biofilms.

Biofilms are microplastics that have been colonised by microorganisms, possibly leading to infection. 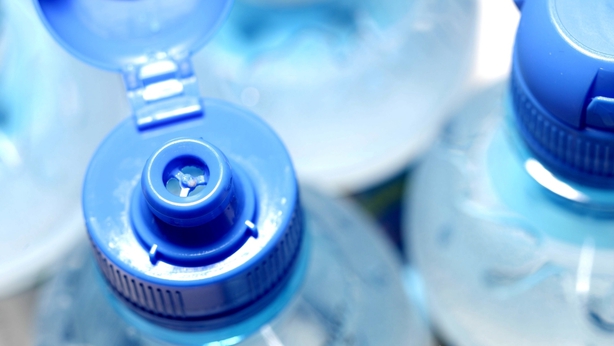 Based on existing data, the risk to health posed by microplastics is judged to be low because particles larger than 150 micrometres are unlikely to be absorbed into the human body through the gut.

Scientists expect the uptake of smaller particles to be low, but said the data relating to the absorption and distribution of nano-sized particles of plastic is extremely limited.

Despite growing public concern over microplastics in the food chain, the report found existing treatments are very effective at removing them from drinking water.

Up to 90% of microplastics can be removed via commonly-used water treatments to prevent faecal contamination, with filtration found to be the most effective method.

Dr Maria Neira, head of the WHO's department of public health, environment and social determinants, emphasised that swathes of the global population does not have access to effective water treatment infrastructure.

According to WHO data, around 67% of people in low and middle-income countries lack access to sewage connections while about 20% of household sewage does not undergo at least secondary treatment.

Dr Neira said: "We urgently need to know more about the health impact of microplastics because they are everywhere, including in our drinking-water.

"Based on the limited information we have, microplastics in drinking water don't appear to pose a health risk at current levels.

"But we need to find out more. We also need to stop the rise in plastic pollution worldwide."

The report found that according to current data, by tackling the problem of sewage-contaminated water, communities can simultaneously address the problem of microplastics.

Louise Edge, head of Greenpeace UK's ocean plastics campaign, said: "This WHO report clearly acknowledges the major gaps in research around the human health risks posed by microplastics, so we cannot assume the risks are low. This is a research gap that must be filled.

"In the meantime, what we do know is that plastic is harming our marine wildlife and the fossil fuels needed to make plastics are contributing to our climate emergency.

"With that in mind, governments and businesses must - as the WHO recommends - urgently reduce plastic production."