"I've seen it pretty bad," the swimmer told me as she dried herself off after a morning dip at Seapoint in south Dublin. She paused momentarily, thinking about the past, and then added deadpan: "You would wade through it."

The "it" she was referring to was raw sewage.

This was back in 2003, when there was excitement among swimmers about the opening of the Ringsend Wastewater Treatment Plant and the consequent improved water quality.

The then Mayor of Dublin, Dermot Lacey, had jumped into the sea at the Half Moon swimming club on the South Wall to encourage sceptical Dubliners that things had changed.

Interviewed post swim, Cllr Lacey told me: "It was clean. It was fun. It was exciting. And I look forward to lots of people swimming here in the near future."

Billed as the world's most advanced wastewater treatment plant, the €300m facility was supposed to produce only three things: high grade water, electricity, and an organic fertiliser for use by tillage farmers in the southeast.

It appeared to be light years ahead of the old methods. I had the misfortune to report on one of the final journeys of the Sir Joseph Bazalgette - Dublin Corporation's sewage disposal vessel - which simply dumped its untreated cargo into the Irish Sea.

However, it didn't take long for the sheen to disappear from the Ringsend plant.

I revealed in 2004, that one-quarter of the sewage sludge entering the plant, on particular days, was mixed with water and released untreated into the bay.

Residents in the Ringsend-Irishtown area were also loudly complaining about a foul stench regularly engulfing their neighbourhoods.

Testing, which was supposed to last weeks, ended up taking years.

So what had gone wrong? The plant was over-capacity. That meant, on occasion, that some sewage sludge had to be released into the bay to ease the pressure.

As a senior Dublin City Council official told me: "There is sewage from 1.2 million people entering there every day. And it can't be switched off. You have to protect the site."

The political reaction to the news of the untreated releases was scathing.

Roll-on a decade-and-a-half and, unbelievably, the problem persists. 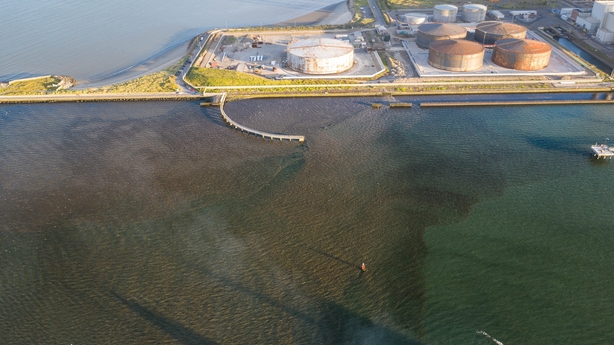 The plant, which now treats approximately 40% of Ireland's public wastewater, was designed to cater for a population of 1.64 million people, but is running 20% over-capacity.

The problem comes to a head during "extreme" weather events. Usually rain waters flows through drains into the Ringsend plant, where it is kept in vast tanks with semi-treated wastewater. However, if the volume of rain is too high, then the tanks overflow into the bay.

Irish Water says this is a necessary part of the plant's design. The unacceptable alternative would be for the plant to shut down and send raw sewage back up onto public streets.

The Environmental Protection Agency yesterday said it was sending an inspector to assess the current situation at the facility.

The tone of the EPA statement is worth noting.

The agency said it had "repeatedly highlighted" that Ringsend was failing to meet Irish and EU standards due to capacity problems.

The Department of Housing, Planning and Local Government says the allocation of €400m to upgrade the plant is in place and that An Bord Pleanála granted planning permission last April.

The works need to happen as Ringsend has been found to be "non-compliant" under EU law, and Ireland risks significant fines if there is any further delay. 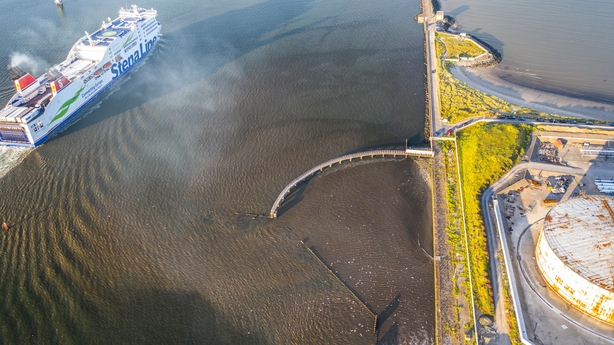 Irish Water took over the running of the Ringsend plant in January 2014, and inherited all of the problems. A spokesperson said works on the first phase of the upgrade are already under way and will be completed by 2020. The second phase is scheduled to be finished by 2023.

But there is one other solution to the overcapacity problem - the construction of a major waste water treatment plant in north Dublin.

An Bord Pleanála is currently considering an application for a €500m regional plant at Clonshaugh, east of Dublin Airport. It would service a population equivalent of half a million people across the north of the county and thereby significantly alleviate pressure on Ringsend.

However, there have been more than 14,000 objections from locals who claim a plant at Clonshaugh would endanger the health of people, wildlife, and plants. Any decision by An Bord Pleanála could be appealed in the courts. So a quick solution appears unlikely.

This means swimmers in Dublin - and the increasing number of canoeists, kayakers, paddle-boarders and kite-surfers - are going to have to put up with this long-running capacity problem for years to come. And, sporadically, the release of untreated wastewater.

As the EPA said in its statement: "It is likely the problems with the discharges will continue at this overloaded treatment plant until the upgrade works are completed [in 2023]."

In a further statement today, the EPA said: "The EPA inspected Ringsend waste water treatment plant on Tuesday 2nd July following reports of a visible plume near the location where treated waste water from the plant flows into the Lower Liffey Estuary.

"The overloaded plant was operating as normal, there was no recent breakdown or failure of equipment at the plant, and all waste water was passing through the treatment process.

"The plume was attributed to the overloaded plant not being capable of consistently treating the waste water to the required standards.

"The EPA took a sample of the waste water being discharged from the plant.  The results from the analysis of this sample are expected next week."

This summer swimming season has been particularly challenging for bathers.

A swimming ban for the entire 2019 bathing season is in place at Sandymount and Merrion beaches due to general water quality.

Given that he was the Mayor of Dublin when the plant opened, I contacted recently re-elected Cllr Lacey for his verdict on this long-running and dirty saga.

He concluded that decision-making in Ireland, when it comes to major infrastructural projects, is simply "disastrous".

Cllr Lacey added: "We have to start looking at Dublin Bay as a resource to be invested in - not a cost to be endured."

When I attended the plant's opening in 2003, I didn't think it would take 20 years for the promises to be delivered on. But that's what we all are facing.