Despite promising a decade ago to phase out fossil fuel subsidies, the world's leading economies more than doubled subsidies to coal-fired power plants between 2014 and 2017, putting climate goals at risk, according to energy researchers.

A report by the London-based Overseas Development Institute says G20 governments boosted backing for coal-fired power plants - particularly in other, often poorer nations - from $17bn to $47bn a year over the three-year period.

China and Japan, which will host a G20 summit later this week in Osaka, were the biggest providers of public finance for coal-fired power, followed by South Korea and India, it said.

"You can see they're pretty much exporting the dirty energy systems to countries in much earlier stages of their development," said Ipek Gencsu, a researcher at ODI and a lead author of the report.

Those include nations such as Bangladesh, Indonesia, Pakistan and Vietnam, she said, where foreign backing for coal power is slowing adoption of cleaner renewable energy systems and locking in dirty energy and air pollution risks. 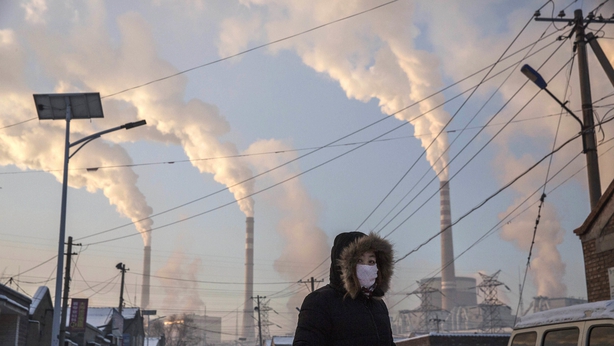 To meet an internationally agreed goal of holding rising global temperatures to well below 2 degrees above pre-industrial levels, coal power will need to be phased out between 2030 and 2050, according to the Powering Past Coal Alliance.

The alliance, formed in 2017 and led by the British and Canadian governments, includes Ireland among its 30 countries as well as businesses and other organisations committed to switching to clean energy as rapidly as possible to meet climate goals.

Coal currently provides about 40% of the world's electricity, according to the alliance.

Because new coal-fired power plants have a life of about 40 years, over which their costs must be paid back to investors, building new coal plants could lock countries into using them beyond the needed phase-out of coal, energy experts say.

"They're heading toward a car crash," Ms Gencsu predicted, with taxpayers in countries that accept new coal plants likely to foot the bill for bailing out investors if the plants are shut early to meet climate goals.

Coal subsidies also continue in many places because of powerful coal lobbies - or because politicians prefer to delay decisions that could have political consequences, she said.

Indirect fossil fuel subsidies, including things like costs to health systems from air pollution and fossil fuel spill cleanups, were estimated at $5.2 trillion a year in 2017, according to an International Monetary Fund working report.

Ms Gencsu said that to hold the line on climate change, governments, development banks and other bodies supporting coal "need to be much braver and come to grips with the reality of the climate emergency - and make policy decisions very soon."