A senior lecturer in retail management has said food sustainability is becoming more prominent and by 2050 global demand for agricultural products is set to increase by 70%.

The global focus on climate means many people are thinking about where food comes from and how much is thrown away each week.

Damian O'Reilly who lectures in Technological University said: "Retailers all have sustainability on their agenda, but getting it into practice is the problem".

Speaking on RTÉ's Morning Ireland, he said the large supermarkets work with huge supply chains - sometimes they can be very short chains because they are dealing with fresh produce, which goes off quickly - so daily decisions are made and they are not taking sustainability into account.

Aside from retailers, some restaurateurs are taking food sustainability into account when catering for the public. Food Space Ireland operates a number of workplace canteens around the country.They have recently opened their first public-facing restaurant, Ink in Dún Laoghaire. 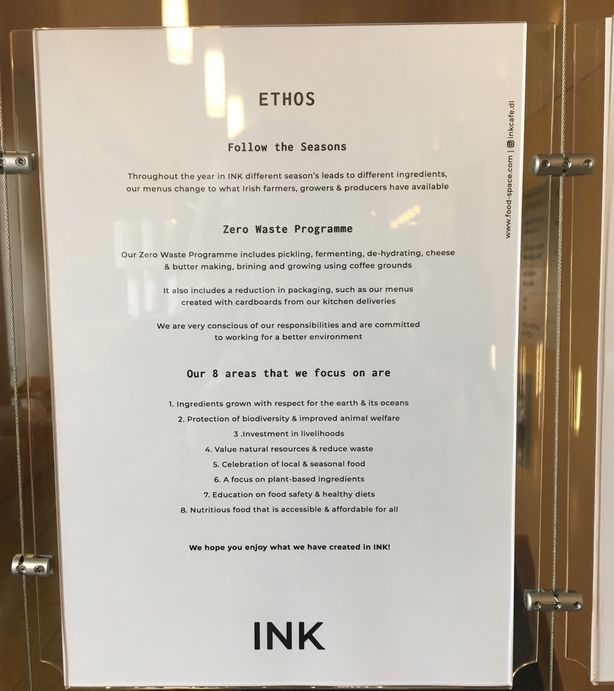 Culinary Director Conor Spacey said their zero waste ethos, which includes pickling vegetable peelings, brining and brewing their own drinks can be transferred to our own homes.

He describes how he used left over strawberries from the kitchen to make Kombucha.

"There's a bit of a craze about Kombucha right now. It's a fermented tea that’s flavoured to make a fizzy drink which is said to have health benefits because of the probiotics that emerge in the fermentation process."

That process uses a Symbiotic Culture Of Bacteria and Yeast (Scoby). More than one Scoby and you have a 'Scoby hotel’ (as seen below). 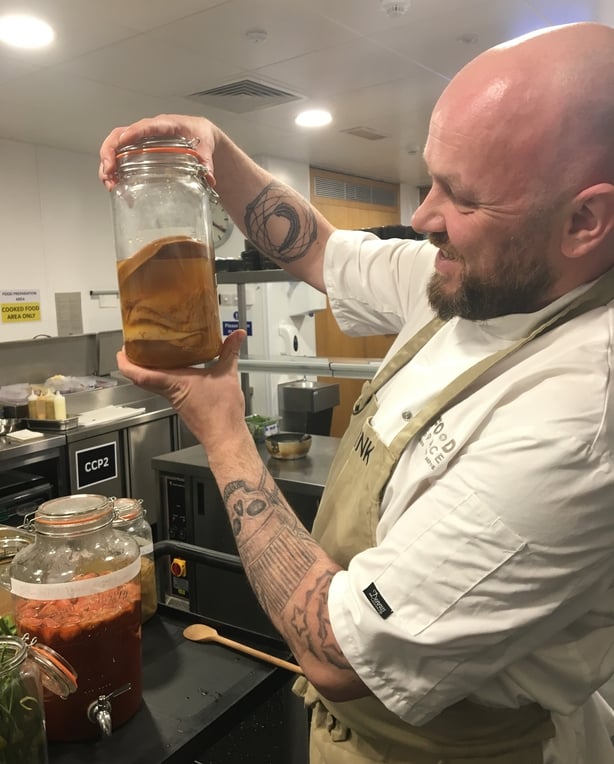 Mr Spacey says there is a reason we do not use the methods previous generations did to preserve food, such as pickling and fermenting.

It is, he says, because we have lost the connection to food. He describes how people do not put value on food, citing the example of throwing produce out of the fridge because it might be gone off to make room for the new groceries.

Despite there being lots of Irish produce available to buy in supermarkets this time of year, fruit and vegetables from other countries are still on the shelves of our supermarkets.

Mr O’Reilly explained how it currently makes sense for big supermarkets to buy from some countries such as onions from Egypt, which can produce huge amount of the vegetable so the volume for one order is more economical for them.

However, he does point out the good economics in buying local, which he describes as the "local multiplier effect".

"If you were to spend €100 on something online from the UK, and had it shipped here, that money stays in the UK. If you spend it on local produce, that €100 stays local because the people who produce buy local ingredients, they pay local people, and that money then gets spent in the shops, pubs, businesses and so on".

He said the local multiplier effect is incredibly strong because it means the local €100 spent is actually worth €500 in the local economy.

School reopening plan is expected to cost 'around €300m'