Fianna Fáil leader Micheál Martin is a former teacher from Co Cork who has served as head of the party since February 2011.

The 59-year-old, from Turners Cross, is married with three children.

He has been TD for Cork South-Central since 1989, and has held a number of ministerial portfolios since he was first elected.

He has served as minister for foreign affairs, for enterprise, trade and employment, health and children, and education and science.

Mr Martin's rise to leader of the party began in September 2010 after a now infamous early-morning radio interview on Morning Ireland with then-leader Brian Cowen.

When Mr Cowen's judgment was called into question, Mr Martin made clear he harboured ambitions to become leader.

Mr Martin went on to vote against Mr Cowen in a confidence motion in his leadership. Mr Cowen won the vote and Mr Martin resigned as foreign affairs minister.

But days later, Mr Cowen announced he was stepping down as leader, and in January 2011 Mr Martin was elected. 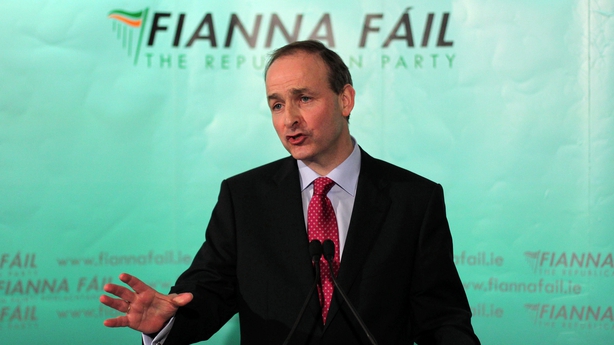 One of his most notable moments in recent years was his journey to eventually backing a Yes vote in the Repeal the Eighth referendum on abortion.

He received considerable backlash within his own party, which retained a free vote on the issue, and there was some shock among the public because of his reputation of being socially conservative.

"As a citizen I have made my decision, I will be voting Yes, and I will continue to talk about the need for the change which can only be secured by voting Yes," he said at the time.

In the nine years since becoming leader, pundits have often noted that Mr Martin faced the prospect of being the first Fianna Fáil leader to never become Taoiseach.

In 2011, the party suffered the worst defeat for a sitting government since the formation of the State, winning only 20 seats.

However, Mr Martin has remained at the helm and steered the party back to a leading place in the polls in 2020, and he is primed to become Taoiseach if his party can gain enough votes to form a government.