Final preparations are under way ahead of the biggest Election 2020 leaders' debate of the campaign so far.

The leaders are also due to face questions from an audience of over 300 people independently selected by RED C Research polling company.

Speaking ahead of the broadcast, presenter Claire Byrne said: "I am really looking forward to bringing the national debate to Galway. I want voters to get a clear picture of what each party is offering.

"We’ll be teasing out the key policies with the seven leaders with the sole aim of giving voters the information they need before they head to the polling booth on 8 February".

President of the NUIG Student's Union Clare Austick said students had been energised by the election campaign so far.

"We have seen huge numbers of students registering to vote. A lot of students are very clued in to the different policy offerings. They are very engaged and they want to see change in areas such as access to education, sustainability, climate action, housing and the healthcare system."

Student Irene Ní Shúilleabhán, who is studying for a Masters in Sustainable Environments, said it was important that young people realised they had a voice in the election.

"My generation are very political, but I just think they are a little disillusioned. Hopefully there will be a good voter turnout among young people."

This is the second time a major leaders’ debate has been broadcast outside of Dublin, following RTÉ’s successful debate at the University of Limerick in 2016.

Welcoming the broadcast from Galway, NUIG President Ciarán Ó hÓgartaigh said: "NUI Galway is for the public good, belonging to the people and for society. We’re delighted to partner with RTÉ to bring this important debate to Galway.

"The university is 175 years old this year, and our city is European Capital of Culture, so it's fitting that the leaders of our country’s parties will meet here to outline their visions for the future of the nation.

"We look forward to welcoming them to the west at this important moment of decision-making in our nation’s history."

Tonight’s debate is available to watch live on RTÉ One, RTÉ News Now and worldwide on the RTÉ Player. 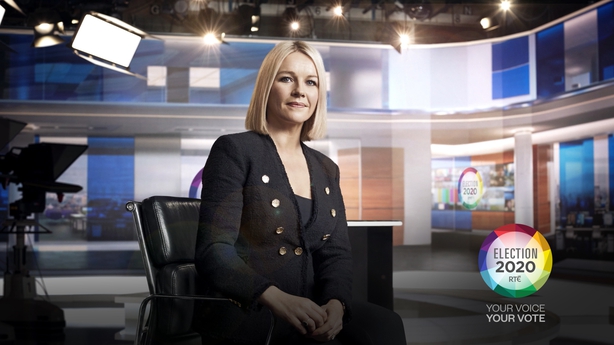