The economy is paradoxically the most important and hardest issue to pin down in any election.

People care about what happens to their livelihoods and their prospects. Government touches everyone directly in their pockets through taxation. And everyone is impacted in a myriad of ways through how that taxation is managed and spent.

But perhaps that's as far as it goes. After that, what defines the economy in the context of electing a government is up for grabs.

The quote, attributed to Bill Clinton’s election strategist James Carville, that "...it’s the economy, stupid..." is usually trotted out (by people like me, ahem) at times like this. But in many ways, it’s a useless truism. Of course the economy is important! But how you define what the economy means to you is a distillation of many different things for which you will hold a government responsible.

It’s perhaps fitting that Carville’s quote itself is debated. Some say the actual quote was "...the economy, stupid..."

So, fully aware of the potential for stupidity, here’s a run through of where the economy is at and what pressure points may surface during the election campaign.

The very latest forecast for the economy from the Department of Finance is that it will grow strongly at 3.9% this year. Unemployment is forecast to remain at a low of 4.8%. Inflation is expected to be 1.1%. The public finances are on course to deliver a surplus of 0.7% of GDP (approximately €2.45bn). Earnings, on average, are expected to grow by over 3%.

Brexit was the predominant economic issue last year. The upcoming trade talks will be an anxious time for companies in Ireland. However, the breathing space created by the avoidance of a hard Brexit, may park this issue for the duration of the election at least. 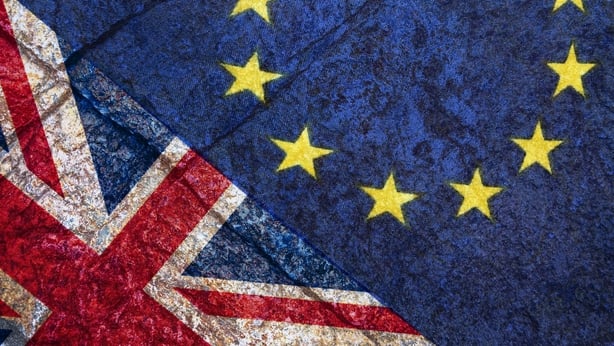 There are concerns about the impact of trade wars, the side effects of zero and negative interest rates and the impact of widely expected changes to rules on the taxation of multinationals. But I’d be surprised if any of these themes are raised on the doorsteps.

Since 2015, the economy has been on something like a winning streak. The cost of government borrowing has been falling and there has been an unexpected and significant windfall from corporate tax.

The outgoing government has been criticised by the budgetary watchdog, the Irish Fiscal Advisory Council, for using too much of this good fortune to plug gaps in current spending in areas like health rather than tackling Ireland’s high level of debt built up during the economic crisis. Pascal Donohoe has not been immune to this criticism and has used several opportunities to highlight his intention to run surpluses –beginning last year- which have the effect of lowering the need for more government borrowing over time.

Prudence is the prize here.

The headline figures on the economy are undeniably strong. But again, under the hood, it’s areas like housing which may capture more attention.

Last year it’s estimated that close to 21,000 housing units were built. This year, the estimates are for around 24,000 units. But a recent Central Bank study estimated that population trends point to a need for 34,000 units a year, each year, for the rest of this decade.

Prices in the market are stagnant with prices falling in Dublin and rising at a slower rate in other parts of the country. It’s not clear if this pause in the market will continue, reverse or get worse. It could be borrowers reaching the limits of what’s possible under the Central Bank’s borrowing rules. It could have been a wait-and-see approach to all of what Brexit might throw at the economy. In addition, it’s not clear what impact – if any- this will all have for first time buyers or for the intentions of builders.

This all means that pressure is likely to continue to bear upon renters. The last quarterly rental index from the Residential Tenancies Board (Q3 2019) showed the average rent in Dublin was €1,762 per month, an increase of 6.6% in a year. The national increase was 8.2%. And then there’s the euro in your pocket.

Plans for personal taxation are always a focus of attention in elections. With the public finances looking in better shape than 2016, there may be a renewed focus of attention here. Any potential tax relief will, of course, be measured against commitments to spend more on public services.

There’s also the looming question of what will happen to property tax, which is currently under review.

Finally there’s climate change. From the expected fall off in traditional forms of car tax as drivers switch to more electric and hybrid options, to the impact of higher rates of carbon tax, the debate over climate change is going to have more and more economic implications.

The local elections showed environmental issues are to the fore of many voters’ minds. What this all means for the economy, is going to be one of the big issues the next government – whatever its makeup - will have to face.