While the Election 2016 campaign was pretty unremarkable, the same cannot be said of the results.

Big names fell. The junior coalition partner was almost wiped out. Renua lost all its seats. Fine Gael took a largely unexpected hammering and Fianna Fáil, said to be heading for extinction just five years ago, is back in business.

Sinn Féin, the independents and some of the other parties increased their ranks. And the Greens are back.

Tomorrow a very different Dáil convenes for the first time. The inconclusive outcome has brought about talks - and talks about talks - as the process of forming a new coalition looks complicated, and long.

The expected in again/out again nature of tomorrow has already been likened to Lanigan’s Ball by former taoiseach Bertie Ahern.

Conor McMorrow of RTÉ's political staff has been speaking to the communications unit in the Houses of the Oireachtas about the choreography of the first sitting day of the 32nd Dáil.

What is the schedule for the day?

Tomorrow’s sitting will commence at 10.30am, when the Clerk of Dáil Éireann, Peter Finnegan, will read out the Proclamation, received from President Higgins, convening the 32nd Dáil.

The Clerk will then read the report on the issuing of writs and the names of the 158 members elected for each of the 40 constituencies.

There are six fewer TDs elected to this Dáil than the 166 that sat in the 31st Dáil.

Who are the new first time TDs? 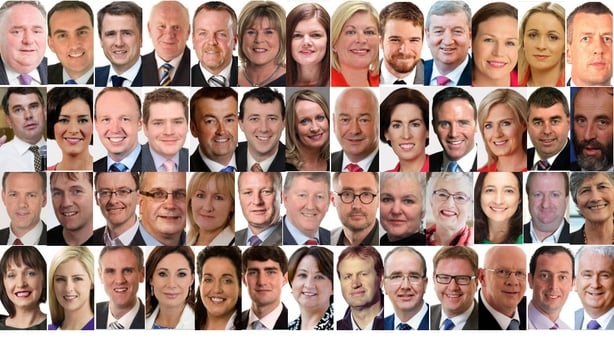 The Clerk of the Dáil acts as chairman until a ceann comhairle is elected. The election will be conducted in two parts. First, he or she will be selected by way of a secret ballot.

Once selected by secret ballot, the ceann comhairle will be formally elected by an open vote in the Dáil.

Nominations of candidates for the position had to be with the Clerk of the Dáil by 6pm.

How is a ceann comhairle elected?

Candidates must sign a declaration that they are willing to stand for election as ceann comhairle. Their nomination must be supported by the signatures of at least seven other TDs.

A TD can only sign their support on one nomination form.

Who are the candidates for the ceann comhairle role? 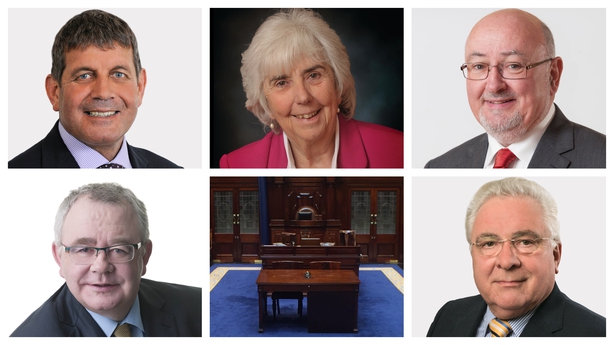 How does the voting for the election of ceann comhairle work?

Shortly after 10.30am, the clerk of the Dáil will read out the list of candidates nominated in alphabetical order and then they will each be allowed to speak for five minutes.

The Clerk will then announce that the House is proceeding to a secret ballot, and the division bells will be rung for six minutes.

When the six minutes have expired, the secret ballot voting will take place in the voting lobbies. TDs will go up the central staircase row-by-row.

Members will vote in the voting lobbies in specially constructed booths to provide privacy. Voting will be by PR-STV and, like the recent general election, members will mark the candidates on the ballot paper in their order of preference before placing their ballot paper in a ballot box.

When TDs have cast their votes or after 90 minutes (whichever is earlier), the Clerk will declare the ballot concluded.

The sitting will then be suspended for the purpose of counting the votes and the ballot boxes will be removed from the chamber to the count centre.

And how does the count work?

The count will be conducted by the PRSTV method. The Clerk of the Dáil, his assistants and the candidates may be present at the count.

The quota is 50% of the valid ballot papers +1 (disregarding any fractions) so the maximum the quota could be is 80 in a 158-member Dáil. As soon as a candidate has reached the quota, they will be deemed to be the successful candidate and the count will be concluded.

The Clerk will announce the name of the successful candidate at the count centre and will announce that the sitting will resume at a particular time, in order for the formal question to be put to the House.

What happens after the votes are counted?

If the question is pushed to a vote, there must be 30 members supporting the call for a division before the vote would be allowed to proceed.

If fewer than 30 members support the division there will be no vote and the Clerk will declare the decision of the Dáil in favour of the successful.

If the division of the House rejects the candidate, the Clerk will apply the previous system of seeking verbal nominations.

No other business may be conducted until a ceann comhairle is elected.

The new ceann comhairle will put on his or her robes and make a speech to the House. The various party leaders may then make some comments about the newly-elected chairperson of the Dáil. 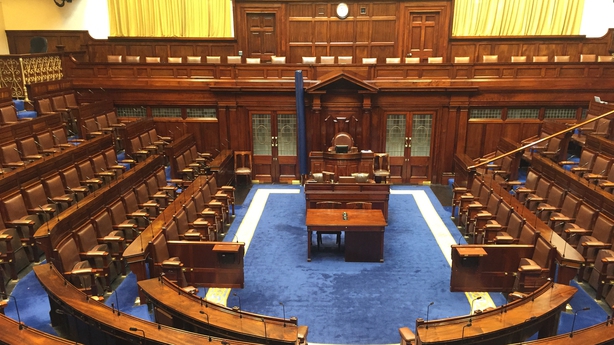 It’s expected that around 3pm, the first business for the newly elected ceann comhairle is to seek nominations for the position of taoiseach.

On his first day in the Dáil, newly-elected Fine Gael TD Noel Rock will formally propose Enda Kenny to continue as taoiseach.

Similarly, Fianna Fáil's Lisa Chambers will propose party leader Micheál Martin for the role, on her first day in the chamber.

Each of those proposing TDs will have five minutes each to address the House.

A vote will be taken after each nomination and as these are manual or 'walk-through' votes so they are expected to take 21 minutes each.

We already know that none of the nominated candidates will have the necessary numbers to elect a taoiseach.

There is no deadline by which a taoiseach must be nominated.

And what if the Dáil fails to elect a taoiseach?

While we are certain to see a new ceann comhairle elected, given the result of Election 2016 we are unlikely to see the election of a taoiseach this week.

If, as expected the Dáil fails to nominate a taoiseach, the Dáil can be adjourned, by agreement, until another day.

It’s most likely that the Dáil will be adjourned at around 6pm until after the Easter break to return on either Tuesday 5 April or Wednesday 6 April or the following week, 12 or 13 April.

Has the Dáil failed to elect a taoiseach before? 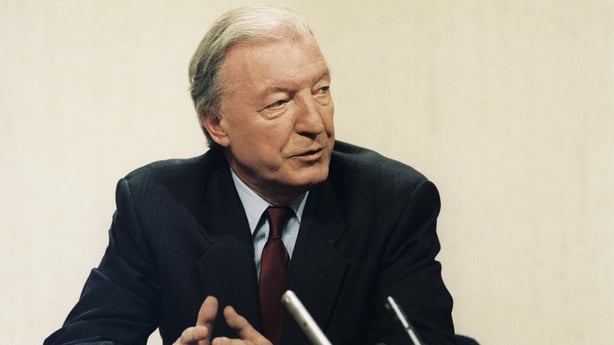 There have been two occasions on which the Dáil has failed to nominate a taoiseach: 1989 and 1992.

In 1989, the Dáil defeated all motions proposing individuals as taoiseach, leading the outgoing taoiseach, Charles Haughey, to proceed to Áras an Uachtaráin and formally resign the post.

He was nominated taoiseach at a subsequent Dáil sitting on another day.

In 1992, Albert Reynolds (outgoing taoiseach), John Bruton and Dick Spring were all proposed in turn as taoiseach, but none of them were nominated.

The 27th Dáil transacted substantial other business in the "inter regnum" period (from 14 December 1992 to 12 January 1993). On 15 December, Reynolds announced that he had resigned as taoiseach and that the president had accepted his resignation.

The House then went on (on 15 and 16 December) to deal with various business.

Proposals for taoiseach resumed on 22 December without success and the Dáil adjourned until 5 January, when they were again unsuccessful.

The taoiseach was finally nominated and appointed on 12 January 1993.

What happens when a taoiseach is elected?

It’s unlikely that the Dáil will elect a taoiseach tomorrow but if and when the Dáil does finally elect one, he or she proceeds to Áras an Uachtaráin to be formally appointed by the President.

At this stage the House will suspend the sitting until later that day. When the House re-convenes, the taoiseach and his/her party take the seats on the Government side of the House.

The next business is the approval of the nominations by the Taoiseach of Cabinet ministers. After a vote the House will then adjourn until the next sitting day.

What's this talk of Lannigan's Ball? 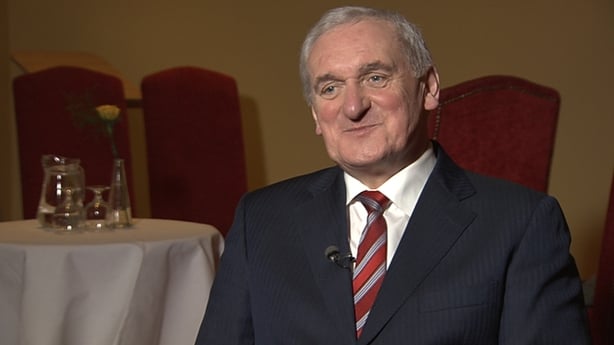 Former Taoiseach Bertie Ahern recently said that the first day of the 32nd Dáil will bring about "a 'Lanigan's Ball' moment when in steps Enda, Micheál and Gerry. Then they will all be forced to step out again, as no-one looks likely to command the required majority".

So it will be back to protracted negotiations and shadow-boxing from tomorrow evening until April, at least.