#1. Candidates have to be in the frame on the first count

For a candidate to have a good chance of getting elected they have to be in the frame on the first count.

This means that as a general rule in a five-seat constituency the candidate has to come in the first five on the first count.

In the 2016 general election there were only 12 candidates who came from outside the frame to get elected. In other words, 146 or 92% of those elected were within the frame on the first count.

An example of one of those 12 occurred in the five-seat Carlow-Kilkenny constituency in 2016 where Fianna Fáil’s Jennifer Murnane O’Connor was in fourth place on the first count.

Fine Gael’s Pat Deering was in sixth place but managed to overtake O’Connor and went on to take the fifth and final seat.

Thus Deering came from just outside the frame to claim a seat.

The idea of a "Lazarus" type recovery rarely happens and when this rule is broken it is usually from a position just outside the frame as in Deering’s case.

When it comes to party seats, the influence of transfers is even less. With the swings and roundabouts of winners and losers the party position is relatively unaltered by the transfers process.

Fine Gael lost out in four cases but that was balanced by their three wins against the head. If the result had been declared after the first count without any transfers taking place, Fine Gael would have got 51 seats instead of 50. Fianna Fáil would have got 47 instead of 44 with Labour on one less and others down by just three.

It was a similar result in 2011 with the largest deviation at just three seats.

Transfers are important but they don’t always have the influence that we often think they do.

#2. Candidates must have at least half a quota on the first count

A candidate must have at least half a quota on the first count to have any chance of getting elected.

In other words 98% of those elected had at least half a quota on the first count.

It is important to note that half a quota will not guarantee a seat but less than that level will leave a candidate with very little chance of getting elected.

These two election rules are usually broken by political parties running too many candidates. It is not so much the number of votes you have but rather how you manage these votes.

The Donnelly Rules and Election 2016: Seats Changed By Transfers

Our voting system is based on proportional representation using the single transferable vote (PR-STV).

The general view is that the distribution of transfers substantially affects the final outcome in most constituencies.

But on closer examination, this is not quite the case.

In other words, if the election had been declared after the first count, it would have differed by only 12 TDs from the eventual result or by just 8% of the total seats.

Of course, if we were operating a first-past-the-post system, parties would run less candidates and the result would be different, but the point remains that the transfers do not significantly change the first count result.

Thus, the first count is extremely important and what the figures clearly indicate is that if a candidate is not "in the frame" on the first count, he or she has less than a 10% chance of eventually winning a seat.

This illustrates the advantage of running the minimum number of candidates as once the vote is divided the chances are that the candidates end up outside the frame on the first count.

In 2016 Maureen O’Sullivan came from 0.3 quotas to take the third and final seat in Dublin Central.

Cyprian Brady with the help of Bertie Ahern really pushed the boat out in 2007 as he went on to win a seat from a first count of 939, just 0.1 of a quota or a mere 2.71% of the first preference vote. 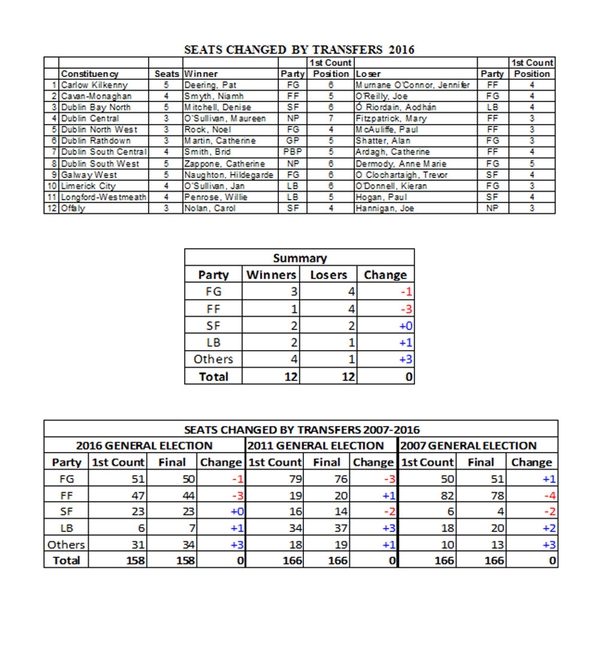 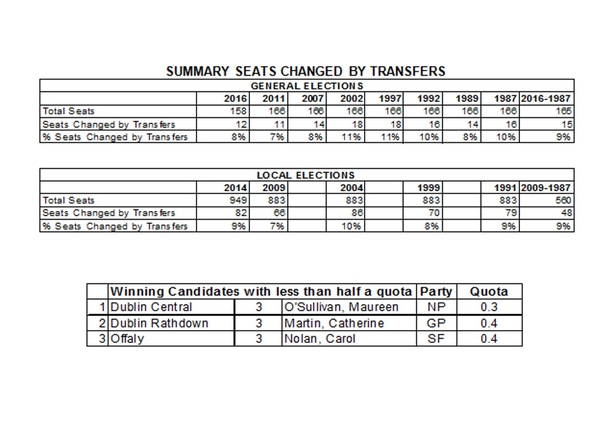 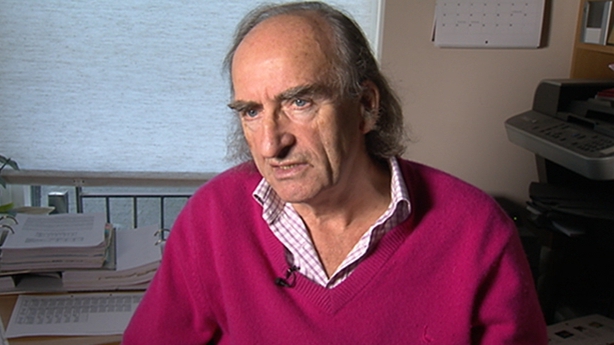