Fianna Fáil's environment spokesperson and Offaly candidate Barry Cowen claimed that for the second time this week, the Taoiseach’s handlers got him to “change his story” in controversial circumstances.

They also drew parallels between the Taoiseach’s behaviour in the McNulty affair and comments he made about the Army being asked to protect banks and ATM machines at the height of the financial crisis.

He said: "I think during the course of the debate, we have seen for the first time that he told the truth on the matter by virtue of the fact that it was he that appointed him [John McNulty] to the board.”

"Then again by the time he had got to the back door the handlers had got to him and his story had changed.

"He has form in that regard," he added.

"We saw it with the whingers comment last week. He made one statement at a press conference and three days later the handlers had got to him and it was directed towards us.

"We saw it some months ago when he said about the ATM and the Army being around the ATMs, by the time the handlers got to him the story had changed as well.

"So he has form in this matter but the one thing consistent about the Taoiseach is that at any given time, he will say anything to get out of a hole until he finds himself in another one."

Sinn Féin leader Gerry Adams said last night’s debate was "a stark reminder of the golden circle, Galway Tent politics of Fine Gael and Fianna Fáil, who have been appointing their cronies and friends to positions of influence in the State for decades".

"Despite promising a democratic revolution, he has kept Fianna Fáil's legacy of cronyism and political patronage alive and well.

"There are two Irelands out there - one for the privileged and one for the rest of us", he said.

Speaking after the debate last night, the Taoiseach said the appointment of Mr McNulty was a ministerial appointment made by Minister for Arts Heather Humphreys, but that he accepted responsibility of his line minister.

He said: "I dealt with this in the Dáil. I accepted responsibility for the appointment by the line minister, I said it wasn't my finest hour and I've changed the procedures entirely after that.

"Everybody now is appointed under the public appointments system - independently vetted."

However, during the debate Mr Kenny said he had a role in the appointment of the Fine Gael Seanad hopeful to the board of the IMMA.

He said during the debate: "What I did was make an appointment that did not need to be made." 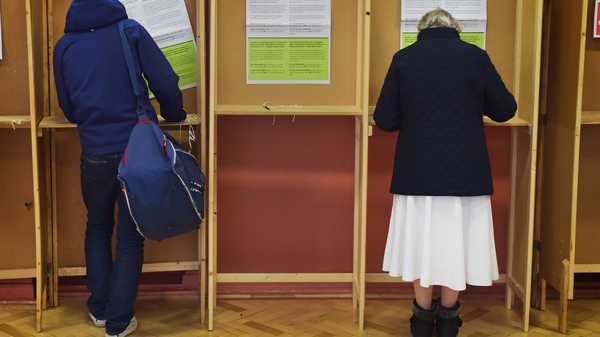 Audio: A canoe, a creak and some bad TV