Mental health, education and repealing the Eighth Amendment dominated an Election Special at Facebook’s international headquarters in Dublin, which was broadcast on RTÉ2.

Keelin Shanley was joined by seven politicians for the live audience discussion, with viewers submitting questions for the debate via Facebook and Twitter.

The discussion concentrated on key issues that have not featured much in other election coverage.

On the issue of mental health, one audience member, Cat O Broin, described how her brother took his own life just six weeks ago after a lengthy battle with mental illness. 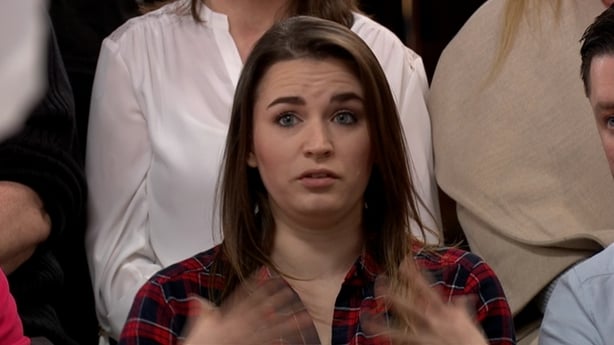 Ms O Broin said her family battled with the health services to learn more about his condition, but were prevented by patient confidentiality issues.

"My brother's confidentiality was placed above his life," she said.

Speaking about Fianna Fáil's period in government, Timmy Dooley conceded his party's plan on mental health was not initiated in the way it should have been.

Fianna Fáil’s Timmy Dooley on mental health services: 'The plan was not initiated in the way it should have been...'https://t.co/O2fhVuNb29

Labour's Aodhán Ó Ríordáin agreed it was not sustainable that children were still in adult psychiatric wards.

"I blame fees massively for that," Ms Wallace said.

Adrienne Wallace PBP-AAA: 'Third-level education is becoming a luxury and it should never be'https://t.co/MEA0cEToBn

"One of the ways we could raise the money is to put it into education because these companies would benefit from graduates coming from high quality colleges," he said.

On the issue of repealing the Eighth Amendment, Mr Ó Ríordáin said it is only when Labour is in government that these types of issues are addressed.

“Doctors have to wait until the health of the mother deteriorates to such a degree that her health is at risk," he said. "That’s an impossible situation to stand over."

Mr Varadkar said the Government’s proposal to hold a people’s convention on the issue was “not a cop-out”.

Ms McDonald said, "I think it is entirely wrong to create the fiction that we are looking for some kind of free for all. 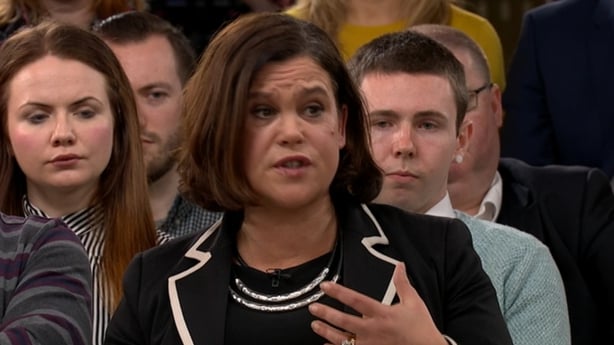 "In most cases, becoming pregnant is a matter of the utmost profound joy and fulfilment for women and for their partners.

"But there are circumstances in which that is not the case and we need to deal with those. I think Irish women deserve nothing less than that."

The economy and health are now the most-discussed election topics on Facebook, according to new data from the social media site.

Election discussion on Facebook has more than trebled over the last month, with an average of 4,000 interactions taking place on the social media site every day.

Facebook released the data ahead of the live Election Special.

According to the latest Facebook data, the economy is now neck and neck with health, which was the most popular topic two weeks ago.

These two topics are far ahead of all others, suggesting they are the defining election-related issues for voters.

Fine Gael has been particularly active in pushing the economy, with the majority of the content they share related to their economic record in Government and job creation.

This approach seems to have paid off - Fine Gael’s Facebook page followers have increased from 13,000 to 18,000.

And Taoiseach Enda Kenny continues to be the most discussed of the political party leaders.

He has been mentioned more times than the second and third most-discussed leaders - Tánaiste Joan Burton and Sinn Féin leader Gerry Adams - combined.

Since 1 November last year, there have now been 4.7 million election-related interactions on Facebook.

Elizabeth Linder, one of Facebook’s Politics & Government Specialists, said the site is expected to see a high level of election discussion for the remainder of the campaign.

"With less than a week to go until polling day, we’re seeing how the General Election is impacting on the level of discussion on Facebook," she said.

"High profile discussions such as the leaders’ debates have also proven to be a strong area of discussion amongst people on Facebook and we expect this will be further reflected during the course of the Election Special."