Are Independents needed in the next Dáil

New polls suggest that any Fine Gael/Labour coalition could be dependent on the independents.

With Fianna Fáil leader Micheál Martin today launching his party's manifesto, Roisin Duffy reports for RTÉ’s News At One on all the latest party launches.

Are Irish coming home to vote?

The same-sex marriage referendum brought thousands of Irish abroad home to vote, but will it be the same for the General Election?

Kevin Doyle, Group Political Editor of Independent News and Media, has the results from the latest poll in the Dublin West constituency.

New figures suggest a high percentage of Gaeltacht grants approved by Gaeltacht Minister Joe McHugh were for his own constituency.

Transport an issue in Ennis

Cian McCormack reports for Morning Ireland from Ennis in Co Clare, where rural transport, water charges and mental health issues are big concerns ahead of the election. 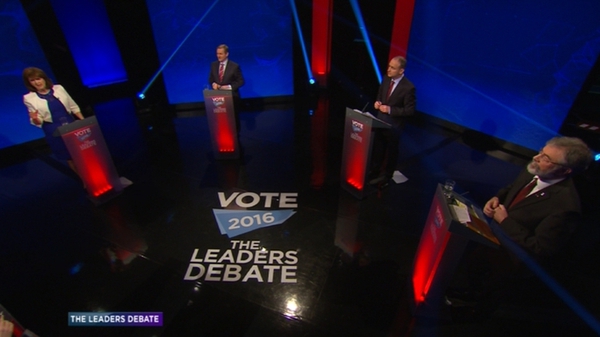 As It Happened: Thursday's election campaigning