The three polls conducted around the same time suggest there is still a lot to play for as the election campaign moves into its first full week.

The latest nationwide polls give every party and Independent something to fight for in the weeks ahead.

The Sunday Business Post/Red C poll puts Fine Gael at 31% - up 2% from the last poll a week ago.

Within that, Independents are 17%, the Independent Alliance is at 2%, the Social Democrats and the Anti-Austerity-Alliance People-Before-Profit (AAA PBP) group are both on 3%. The Green Party is at 2% and Renua is at 1%. 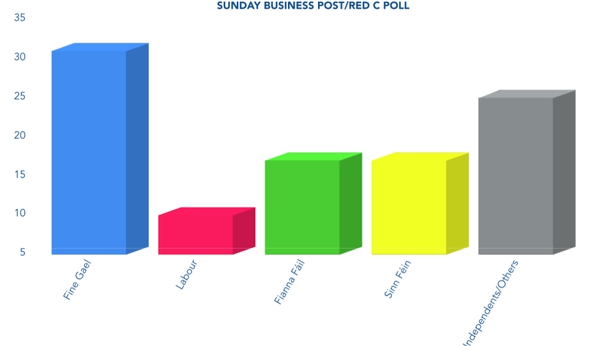 In the Sunday Times/Behaviour & Attitudes poll, Fine Gael are at 28%. This is a drop of 3% from the last comparable poll.

Within that, Independents are on 10%, the Independent Alliance support is at 4%, the Social Democrats are at 4%, the Green Party and the AAA PBP  are both on 3%. Renua is on 2 % and the Workers Party is at 1%. 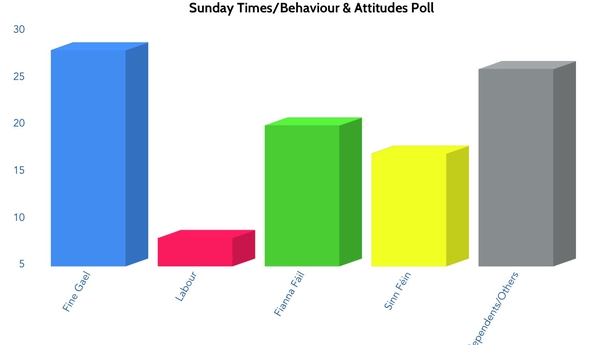 All the changes in these polls are within the typical margin of error of plus or minus 3%.

Meanwhile a Sunday Independent Millward Brown Poll suggests a drop in support for the government parties since the last comparable poll in November.

Sinn Féin are unchanged on 21% while Independents and smaller parties are on 23% - that's an increase of three points.

The nationwide poll carried out over ten days up to Thursday last has a margin of error of plus or minus 3.1%. 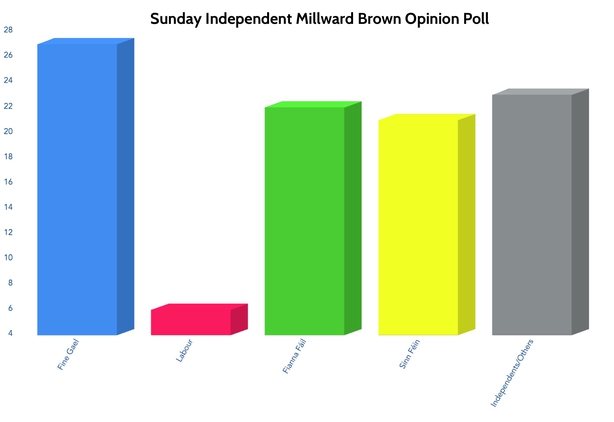