The Taoiseach has said that the outgoing government "did not fulfill our promise on healthcare".

In the first of RTÉ's Morning Ireland's leaders' interviews, Enda Kenny said: "We haven't completed all we set out to do in health, we have a lot more to do."

He also said he was confident that free GP care for all will happen "in the lifetime of the next government".

Mr Kenny also categorically ruled out having "any dealings with Michael Lowry - or any Independents" in the next government.

He also addressed the prospect of Britain exiting the EU, unemployment, the USC and his eventual retirement.

Listen to the Taoiseach's Morning Ireland interview in full, here...

On location in Tipp with Sean O'Rourke

Today with Sean O'Rourke was 'on location' in Nenagh, Co Tipperary today.

When two constituencies become one

Local newspaper editors Michael Heverin from The Nationalist and Gary Cotter from the Nenagh Guardian join Sean O'Rourke to discuss the likely outcome from the Tipperary constituency in the General Election.

We also hear from some Tipp locals who told RTÉ's Evelyn O'Rourke what way their votes are leaning three weeks before the big day.

Former constituencies North and South Tipp have been amalgamated into one, so how will this affect voters? @evelyn_orourke finds out

All you need to know about registering to vote

General Election voting takes place exactly three weeks from today. It is a short run in so, if you are not registered to vote, the pressure is on.

Now, what do you need to do? Cork County Returning Officer Sinead McNamara spoke to RTÉ's Morning Ireland today to tell us more.

Should Fine Gael be feeling jittery?

Mícheál Lehane of RTÉ's Political Staff spoke to Morning Ireland today and speculated that "there could be up to a dozen sitting Fine Gael TDs who must be worried" about their prospects for re-election.

Since the election was called on Wednesday, people have turned to the internet for information, discussion and to lay out their opinions.

But what are they saying? RTÉ's Science and Technology Correspondent Will Goodbody talked Morning Ireland through the social media facts and figures for GE16.

Minister for Justice Frances Fitzgerald has committed, in principle, to allow children living in direct provision to access the Ombudsman. The commitment has yet to be put in place, but what could it mean for these children?

Ombudsman for Children Niall Muldoon spoke to RTÉ's Morning Ireland about this development.

'On the road' in Co Galway

For the duration of the election race, RTÉ's Cian McCormack is "on the road" getting the mood of the electorate. Today, Cian travelled to Gort in Co Galway for this Morning Ireland report.

Cian can be contacted at electionmood@rte.ie 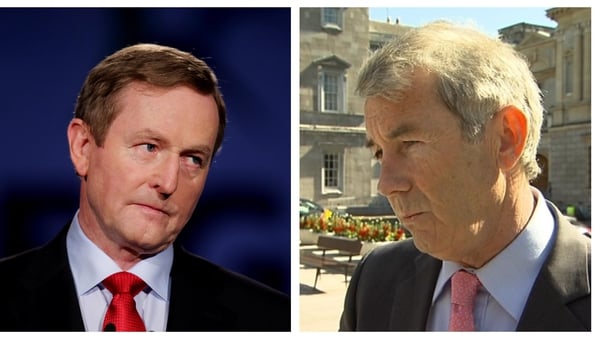