The latest opinion poll has shown a significant increase in support for Fine Gael at the expense of Independents and smaller parties compared to the last comparable poll in July.

The biggest Government Party gets a five point bounce to 29%  in the Sunday Independent/MillwardBrown poll. 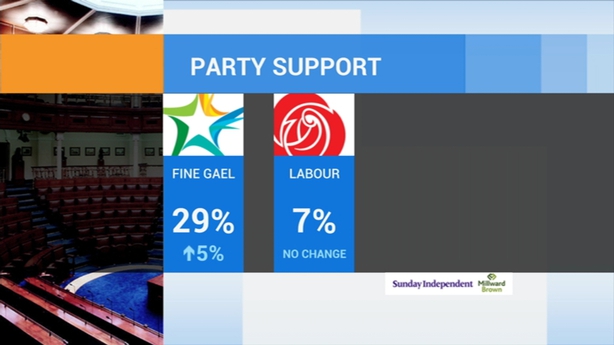 Fianna Fáil are up one point to 24%, making it the second largest party according to this poll of just under 1,000 voters.

Sinn Féin are unchanged on 21%, but there is a drop in support for Independents and smaller parties.

That group fell by five points to 20%. Within that, support for the Greens and Renua was measured at 1% for each party. 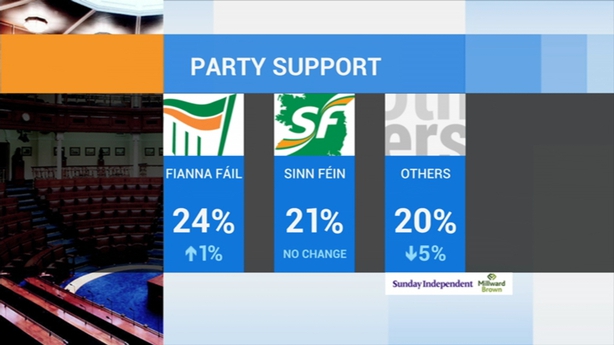 The poll also suggests that satisfaction with the Government is at its highest point for three years, rising seven points to 32%.

The poll was carried out over ten days up to last Friday.