The owner of a company running crèches featured in an RTÉ Investigates programme has been fined €4,000 for three breaches of childcare legislation including roughly handling a child while putting him down for a nap.

Anne Davy, who was the registered provider of childcare services at the Hyde and Seek crèches at Tolka Road and Shaw Street in Dublin, pleaded guilty to the breaches of the legislation at Dublin District Court this morning.

She admitted engaging in a practice that was disrespectful, by what was described as "roughly handling" an almost two-year-old child as she attempted to get him to sleep. The other two charges relate to having more children in the Shaw Street crèche than the regulations allowed.

Nineteen other counts, including charges against Ms Davy's daughter, Siobhan, and the company itself, were withdrawn by the Child and Family Agency which prosecuted the case. The court heard that if the case had gone to trial, it could have lasted two weeks.

The court heard RTÉ Investigates put two undercover researchers with childcare qualifications into Hyde and Seek crèches as part of an investigation broadcast in 2019.

The researchers wore hidden cameras and footage was shown to the court of an incident on 8 May 2019 involving a boy who was almost two years old.

In the footage, Anne Davy was attempting to get the boy, who was in a cot, to go to sleep.

Julie Nohilly, who was the manager in charge of inspections and registration of early years facilities for the Child and Family Agency, told the court that in her opinion the footage showed Ms Davy roughly handling the child as she tried to settle him to sleep. The child was upset for a period of time, she said.

The footage had been shown to the child’s father, who was described as very upset at what he saw.

Asked by Judge Anthony Halpin where she would rate the seriousness of this incident on a scale of 1 to 10, Ms Nohilly said she would rate it a 9 or a 10. Judge Halpin however said he would place it on the middle of the scale.

Ms Davy also admitted having too many children in another crèche on two occasions. When inspectors visited on 11 September 2018, she had 46 children when only 32 were sanctioned. In July the following year, there were 35 children present.

Ms Davy’s solicitor, Michael Staines, said that RTÉ had taken 120 hours of footage and at the end of it, the judge was left with the minute and a half of footage that the court had been shown.

He said that Ms Davy had managed to settle the child in question down. He said she had also admitted having too many children in the other crèche but an agreement had been reached with Tusla that they wouldn't just throw kids out and would allow the situation to be resolved as children grew up and left the service.

He said that by the time Tusla inspected the crèche for the second time in July 2019, there were just three children too many and the crèche was now compliant with regulations.

Mr Staines said his client had been vilified since the RTÉ investigation. She had become the subject of really serious criticism in the media and on social media. She had also been criticised by Government ministers and had been reported to the gardaí. As a result she had to move house.

Ms Davy had retired from frontline childcare work and was giving an undertaking she would no longer be involved in the frontline part of the business and would not be in the crèches when children were there.

She had suffered enough, he said, and he asked the court to be lenient.

Judge Halpin said he was taking into account the publicity and the abuse and criticism Ms Davy had received.

He said the difficulties faced by parents in finding crèche places explained but didn’t justify the overcrowding of the Shaw Street crèche.

The judge described crèches as essential establishments allowing parents the opportunity to pursue their careers. He described children as the country’s greatest natural resource and said that seeing them being harshly dealt with "saddened all of us".

The judge said the attempt to get the young child to sleep was rough and inconsiderate but he thought it was a harsh assessment to place it at the top of a scale of severity. He said it departed from acceptable standard practice and fined Ms Davy €4,000 with six months to pay the fine.

He said he was taking the two overcrowding charges into account.

The breaches carried a maximum penalty of a €5,000 fine or a term of imprisonment not exceeding a year.

The court heard Ms Davy had previously been fined €1,200 in 2005 for failing to provide adequate safeguards and supervision for a child during an outing to a public park but this was not taken into account by the judge today as it was more than ten years ago.

In response to today's conviction, Tusla, the Child and Family Agency said today's prosecution was welcome and demonstrated clear accountability.

It said the services at Hyde and Seek were expected to continue into the future under new management arrangements and it was satisfied with that position.

The agency said it regulated and registered more than 6,000 services including those catering for school aged children and it and was satisfied the majority of providers demonstrated significant levels of compliance and deliver good services to children.

Occasionally, it said a small number of services would be of concern. But it said there were mechanisms for dealing with those including, "rarely, but importantly" prosecution for serious failures. 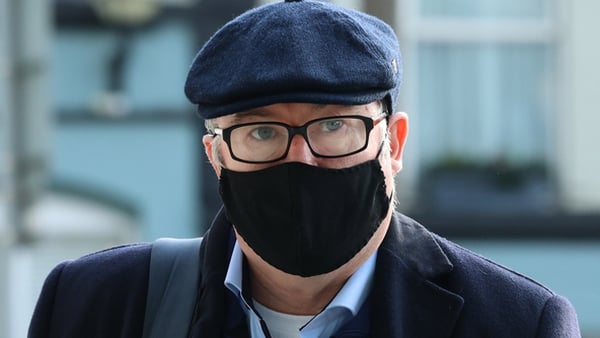