A murder investigation is under way after a teenage boy was stabbed to death in Dublin.

The 16-year-old sustained fatal injuries, and three other people were injured, following a row in East Wall.

Gardaí were called to an incident at 9.20pm on East Road after a passer-by reported an attack on the street.

A row appears to have broken out between a group of teenage boys and girls and another group, which may have included some adults. 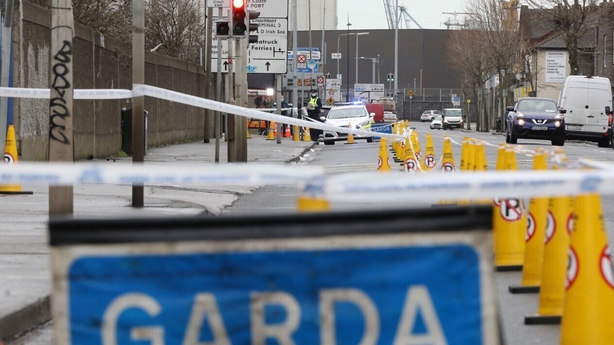 The boy was treated by paramedics at the scene, but was later pronounced dead at the Mater Hospital.

Two other teenage boys were injured in the incident, one of them seriously. Both are being treated in hospital.

A man in his 20s is also being treated in hospital.

The scene has been preserved.

Flowers at the scene of last night's fatal stabbing of a teenage boy in East Wall. A murder investigation is underway. Two others are being treated in hospital. #rtenews pic.twitter.com/y4ZUt6tN6W

Detectives are still trying to establish precisely what happened and why and are working to identify all those who were at the scene.

They have appealed for witnesses or anyone with information to contact them at Store Street Garda Station on 01 666 8000, the Garda Confidential Line 1800 666 111 or any garda station.